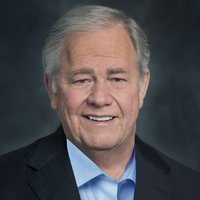 Stephen Everett Jackson was born September 19, 1945 in Tulsa, OK, the third child of Margaret Neff Jackson and Wayne Ward Jackson. Steve passed from this life Monday January 27, 2020 at the age of 74. Raised in Keokuk, Iowa along the Mississippi River, Steve and his family returned to Tulsa when he was 13 years old. He graduated from The Hill School in Pottstown, PA in 1964 and Vanderbilt University in Nashville, TN in 1968 with a degree in Business Administration. After college Steve was drafted into the United States Army and served two years. Upon completion of basic training he married Shelley Smith on April 19, 1969 and was then stationed in Berlin, Germany for the duration of his service. The couple lived in Chicago and St. Louis before returning to Tulsa where they had their two daughters, Meredith and Stephanie. Steve and Stephen J. Heyman, his business partner of more than 40 years, were involved in numerous and varied business endeavors including residential Tulsa housing developments Holland Lakes, Holland Point, Signal Hill, Richmond Hills and Lancaster Place I & II. In 1984 the partners started American Central Gas Technologies Inc, a natural gas pipeline company, which was sold to Mark West Energy Partners in 2004. In 2000 they started eLynx Technologies, a software company for the oil and gas industry, where Steve was CEO until shortly before his death. Steve also started Capital Waste Solutions, a medical waste company, in 2015 and was CEO until his death. Over the span of 30 years he served on the boards of First Interstate Bank of Oklahoma City, Silicon Valley Bank of Santa Clara, CA, The University of Tulsa, Iron Gate, Big Brothers and Sisters of Tulsa, and Saint Simeon’s Episcopal Home. He was incredibly generous with his time helping many in need, including mentoring three “little brothers” in the Big Brothers and Sisters program for more than a decade. His most notable philanthropic gifts benefitted Gathering Place, University of Tulsa, Mayo Clinic, Holland Hall, College Bound Academy and the Boswell Rodeo Association. He was a member of Trinity Episcopal Church and Southern Hills Country Club. Steve enjoyed traveling, hunting, fishing and spending time at the family ranch, The Rockin J, in Boswell, OK, with friends, family and his beloved dog Boone. Later in life he got into the cattle business which became a passion for him as well. Steve was preceded in death by his parents Margaret Jackson Login and Wayne Ward Jackson, and his brother Anthony Wayne Jackson. He is survived by his wife of 50 years Shelley Smith Jackson, daughters Meredith Anne Jackson of Charlotte, NC and Stephanie Jackson Lewis of Los Angeles, CA, son-in-law Zach Lewis, grandsons Rhett William Lewis and Wells Walker Lewis, brother Robert Jackson of Tulsa, OK, married to Susie Jackson, Gerald D. Neff of Oklahoma City, OK, married to Mary Francis Neff, as well as numerous cousins, nieces and nephews. A memorial service will be held 2:00 p.m. Tuesday, February 4, 2020 at Trinity Episcopal Church. A reception will follow in the Great Hall. In lieu of flowers, donations may be made to Iron Gate to help feed the homeless and working poor. Ninde Funeral & Cremation l (918) 742-5556 l ninde.com