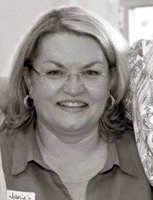 Elizabeth “Libby” Ann (Sisson) Nash, 67, of Tulsa, OK passed away on March 30, 2020 at the age of 67. Libby was born in Tulsa, Oklahoma to Tom and June Sisson on October 5, 1952, the oldest of their five daughters. She attended Tulsa Public Schools and graduated from Tulsa Central High School in 1970. Upon graduation, she began what she believed would be a lifelong career in banking starting at First National Bank of Tulsa. Later in life, she found her true calling in administrative support at Tulsa Regional Medical Center, First United Methodist Church, Tulsa Public Schools, and (most recently) Tulsa School of Arts and Sciences. She was preceded in death by her parents, Tom and June Sisson and her beloved husband, Michael P. Nash. She is survived by her son, Travis Kellogg of Denver, CO, her son and daughter-in-law, Zachary and Rachel Nash of Tulsa, her step-mother, Glenda Sisson of Tulsa, her sisters and brothers-in-law Brenda and David Casper of Tulsa, Laura and Brad Garrison of Tulsa, Nancy and Bob Babich of Blasdell, NY and Mary and Chris Rankin of Tulsa. She is also survived by her grandson, Minor Kellogg, and granddaughter, Lucy Nash as well as 11 nieces and nephews and 16 great-nieces and nephews. She had been active in The Tulsa Garden Center and Gilcrease Museum. She was a parishioner and an active member of the Cathedral Women’s Club at Holy Family Cathedral. In lieu of flowers, memorial donations may be made to Holy Family Cathedral School, 820 S Boulder Ave, Tulsa, OK 74119 or the Tulsa Garden Center, 2435 S Peoria Ave, Tulsa, OK 74114. Libby will be laid to rest in a private family committal officiated by Father Gary Kastl with a memorial mass being planned in the future. Ninde Brookside Chapel will be handling the funeral arrangements. Ninde Brookside, 918-742-5556, ninde.com