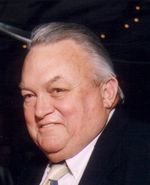 Barrett, Richard Sheean--passed away September 11, 2005. He was born in Milwaukee, WI on February 14, 1940 to Richard C. and Mary (Sheean) Barrett. He grew up in San Marino, CA and was a proud graduate of the University of Southern California. He was preceded in death by his parents. His survivors include his wife of 37 years, Judi Barrett, his daughters Paige Barrett Tooman and Kari Barrett, his son- in-law Brent Tooman, his grandson Hank Tooman and his sisters Jane Barrett Calder and Fran Barrett Kitrell. Dick worked in sales and marketing with Praxair, formerly Union Carbide. He retired in 2001 after 37 years of employment. Dick was a devoted husband and father. He enjoyed golfing, coaching soccer, watching sports and spending time with his family. He had a keen sense of humor and sharp whit. His family is so proud of him and his long courageous fight against kidney failure. He was so loved and will be greatly missed by all. A visitation for family and friends will be held at the Ninde Garden Chapel, 3841 S. Peoria, on Wednesday, September 14, 2005 from 6-8 p.m. Memorial service to be held Thursday, September 15, 2005 at 2 p.m. at Asbury United Methodist Church, in the Mason Chapel. In lieu of flowers, memorial contributions can be made to the National Kidney Foundation in his honor. www.kidney.org 800-622-9010. Ninde Garden Chapel. 918-742-5556.