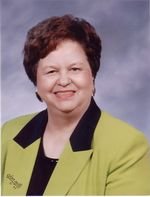 Please share a memory of Shirley to include in a keepsake book for family and friends.
View Tribute Book
Shirley Alice Perkins age 68, died Sunday in the St. John Medical Center. A rosary will be said on Wednesday at 7:00 p.m. at St. Augustine Church and funeral mass will be held on Thursday at 10:00 a.m. also at St. Augustine Church with Father Kenneth Iheanacho as the celebrant. Pallbearers will be the Knights of Peter Claver. Interment will be in the Calvary Cemetery. Mrs. Perkins was born on August 29, 1937 in Alexandria, Louisiana to Charlie and Milnut (Blathazar) Wilson. She attended Our Lady of Sorrows School in Pineville, La. where she met and married Edward Richard. This union two children were born, Michele Teresa and Dirk Anthony who preceded her in death. Shirley and the children lived in New Orleans, LA. for six years until his death in 1983. She was employed by Tulsa Adjustment Bureau for 16 years. Shirley was a active member of her church where she was a member of Peter Claver 3rd &amp; 4th Degree, St. Augustine's Women's Club and on the Financial council Board for 8 years. She leaves to cherish her memory 1 daughter Michele (Marcellous) of Tulsa, 2 grandsons Terence Mitchell (Sarah) of Coralville, IA, Donte' Richard of the home, 1 granddaughter Whitney Mitchell of Tulsa, 1 sister Ella Bertrand (James) of Tulsa, 1 brother Vernon Wilson (Mary Lou) of Wichita, Ks, and a host of nieces and nephews.