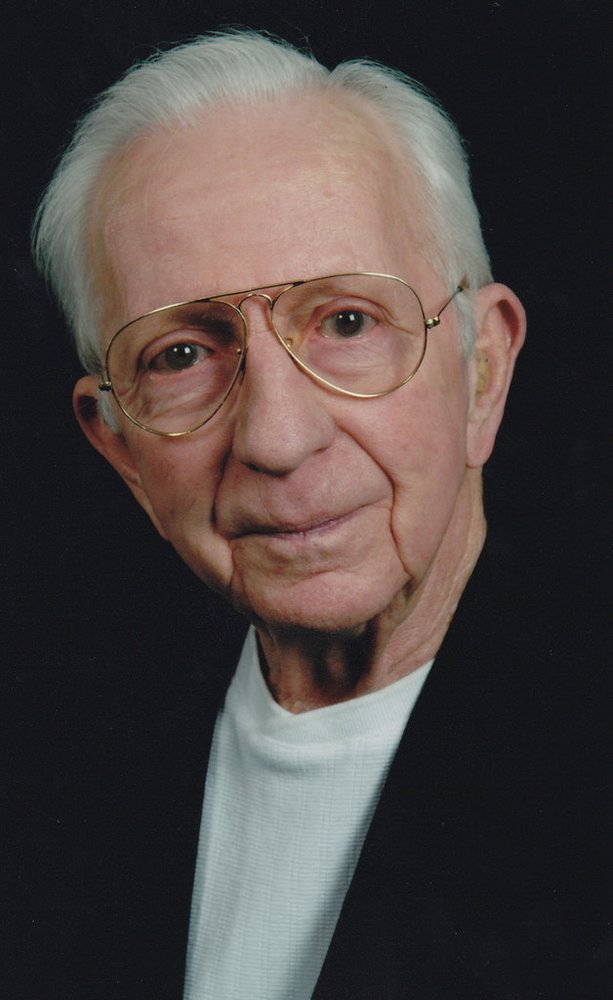 Please share a memory of Don to include in a keepsake book for family and friends.
View Tribute Book
Don L. Hill was born on January 27, 1920 in Holly, CO to Arthur and Lois (Rush) Hill. He passed from this life, at the age of 90, on Sunday, August 15, 2010. Don graduated from Tulsa Central High School and attended Tulsa University and served in the U.S. Army Air Corps during World War II. Don was the former owner of Hillco, Inc. and Grant Manufacturing Company. In his spare time, Don loved traveling the country, especially Yellowstone National Park in his RV. He loved fishing and he started competitive Registered Skeet Shooting in 1963 and was active in this sport for 26 years. He was a member of the Oklahoma and National Skeet Shooting Associations and attended 13 World Shoots. He was the Oklahoma State Champion in 1969 for 20 gauge and 1970 for 12 gauge and 20 gauge. Don was elected into the Oklahoma Skeet Shooting Hall of Fame in 1989. He was preceded in death by his first wife, Victoria Rhodes Hill in 1992 and a sister, Aileen Wintle. He is survived by his wife of 19 years, Jean, of the home; 3 daughters, Donna Ford, of Tulsa, OK, Vicki Lynn Tucker, of Aurora, CO and Linda Herbert, of Covington, LA; 3 step-daughters, Karen Patterson, of Coweta, OK, Patti Bollenbaucher, of Steamboat Springs, CO and Julie Williams, of Tulsa, OK; a brother, Edwin Hill, of Tulsa, OK; 7 grandchildren, 12 great grandchildren, 10 step grandchildren and 2 step great grandchildren. Memorial service 1:00 P.M. Friday Ninde Brookside Chapel. In lieu of flowers donations may be made to Tulsa Community Food Bank, 1304 N. Kenosha Ave., Tulsa, OK 74106. Ninde Brookside 742-5556. www.ninde.com
Print
Friday
20
August