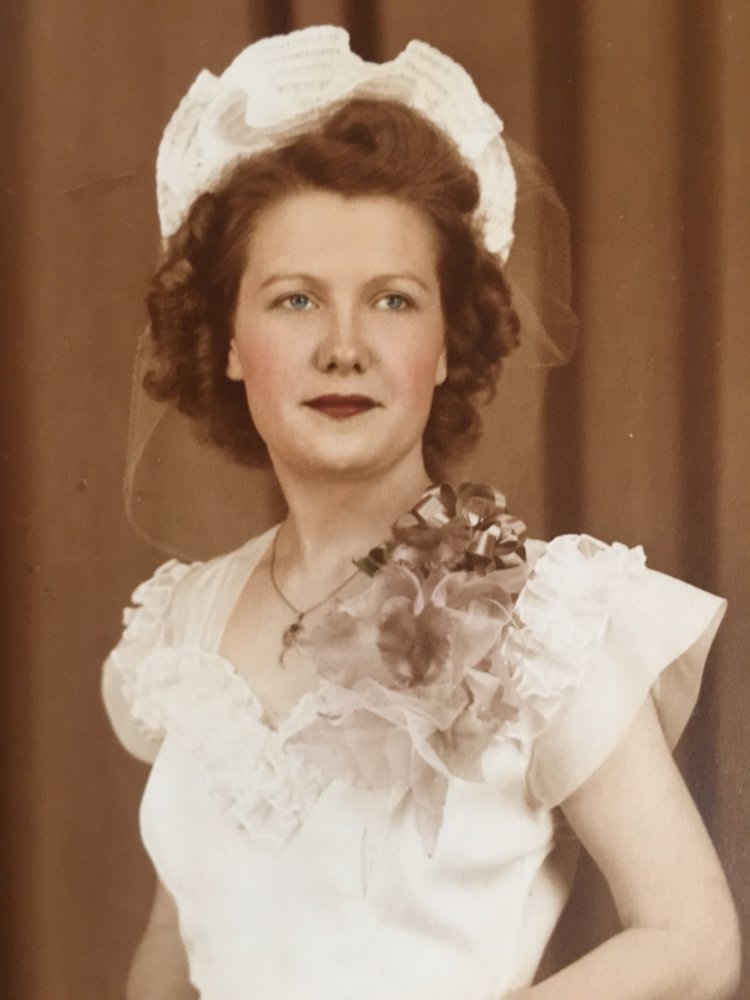 Plant a Tree
Share this Tribute:
Share Obituary:
Share Your Memory of
Maxine
Upload Your Memory View All Memories
Be the first to upload a memory!

Ella Maxine Lee was born on December 23, 1923 to Roscoe and Anna Jackson.  She grew up on a farm in Monett, MO with her five siblings.  After graduating from Monett High School and junior college she followed a girlfriend to Tulsa and found employment as a bicycle messenger at McDonnell Douglas.  It was here that she met her future husband of 72 ½ years, Sidney Lee.  Maxine and Sid were married on June 23, 1945 and shortly thereafter began their life together on the Marine base in San Diego where Sid was enlisted and Maxine worked in the PX.  After Sid got out of the service they returned to Tulsa where Maxine worked for Midwest Chevrolet and Public Service Company before giving birth to two sons, Dennis (Jan) and Doug (Renee).

Maxine raised her sons, volunteered as a pink lady at St. Francis hospital, and was active in their church, Asbury United Methodist.  In 1973, Maxine co-founded Lee Supply with her husband and two sons and devoted many years to the business.  Maxine and Sid loved to travel and have visited numerous countries and continents around the world.

Maxine departed this life on April 4th, 2018 at the age of 94.  She is survived by her husband Sid; two sisters, Ruth Carter and Kay Bicknell; two sons, Dennis and Jan; Doug and Renee; five grandchildren and 11 great grandchildren.

The family would like to recognize the exemplary care she has received at Zarrow Pointe for the last two years.  We would also like that thank Miller Hospice for the care and compassion that they have provided Maxine and the family.

A private family burial will be followed by a memorial service in the Chapel of Asbury United Methodist Church on Monday, April 9th at 3 pm.

Memorials in her memory may be made to Asbury United Methodist Church and Zarrow Pointe.