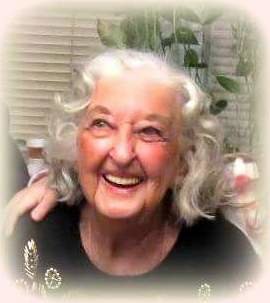 Plant a Tree
Share this Tribute:
Share Obituary:
Share Your Memory of
Jewell
Upload Your Memory View All Memories
Be the first to upload a memory!

When Jewell was only a few months old her family moved to Oklahoma. She grew up in the area around Davis, Oklahoma. When she was 18 she moved to Oklahoma City to work as a nanny, where she met her first husband Jim Bartmess. They had one son, Jerry.  During the war years she worked at both Douglas Aircraft and Spartan.  She remained in Tulsa, and later met her second husband, Henry Noble. They had one daughter, Judith.

Jewell had varied occupations over the years, nanny, aircraft mechanic, beautician, cafe owner, Avon salesperson, deputy sheriff. Her most artistic endeavor was doing Native American beadwork that she sold to Lyons Indian Store. She remained a very independent and determined person all her life and lived alone in her home until she was 98.  Her faith was strong. She was a member of the 10th and Rockford Church of Christ in Tulsa. Every morning she started her day with a cup of coffee and a daily devotional. She read her scriptures from a family Bible that had belonged to her father, Earl Price.