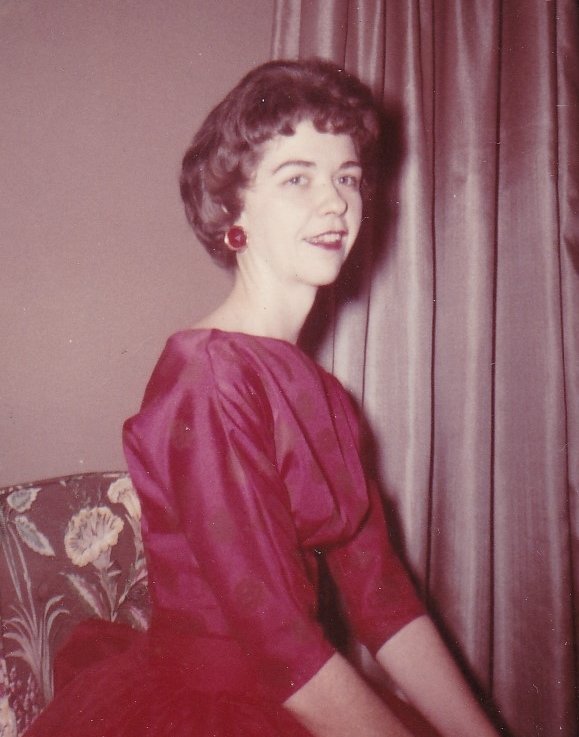 Plant a Tree
Share this Tribute:
Share Obituary:
Share Your Memory of
Margaret
Upload Your Memory View All Memories
Be the first to upload a memory!

Margaret Lee (Gaines) Carpenter was born April 24, 1935 in Philadelphia, Mississippi to Howard M. and Margaret (Bushman) Gaines and passed from this life peacefully on May 5, 2018, at home, at the age of 83, with family and friends at her side.

Her parents moved to Sapulpa, Oklahoma when Margaret was one year old.  She graduated from Sapulpa High School in 1953, married her husband, Richard in 1961 and attended Oklahoma University while Richard was in Law School.  Their son Howard "Howie" was born in 1963.

In the past Margaret was a bowler, a bridge player, business owner, Tulsa County Bar Auxiliary President, and a great cook, among her many interests.  To her though, her most important role was that of Wife and Mother.

Margaret was an only child, and was preceded in death by her parents.  She is survived by her husband, of nearly 57 years, Richard L. Carpenter and her son, who was also an only child, Howard "Howie" Lyle Carpenter.  Also surviving are her sister-in-law, Grace Esmond and her husband Tom; a niece and nephew with their spouses and four grand nephews.

Margaret handled her three year battle with cancer the same way she lived life.  With calm dignity.  With resolve and consideration of others.

The family will receive friends 5-7PM Wednesday at the Ninde Brookside Funeral Home and funeral service 1:30 p.m. Thursday, at Ninde Brookside Chapel.  She will be laid to rest at South Heights Cemetery, Sapulpa, OK.

Plant a Tree
Print
Wednesday
9
May

Get Directions
Thursday
10
May

Get Directions
Thursday
10
May