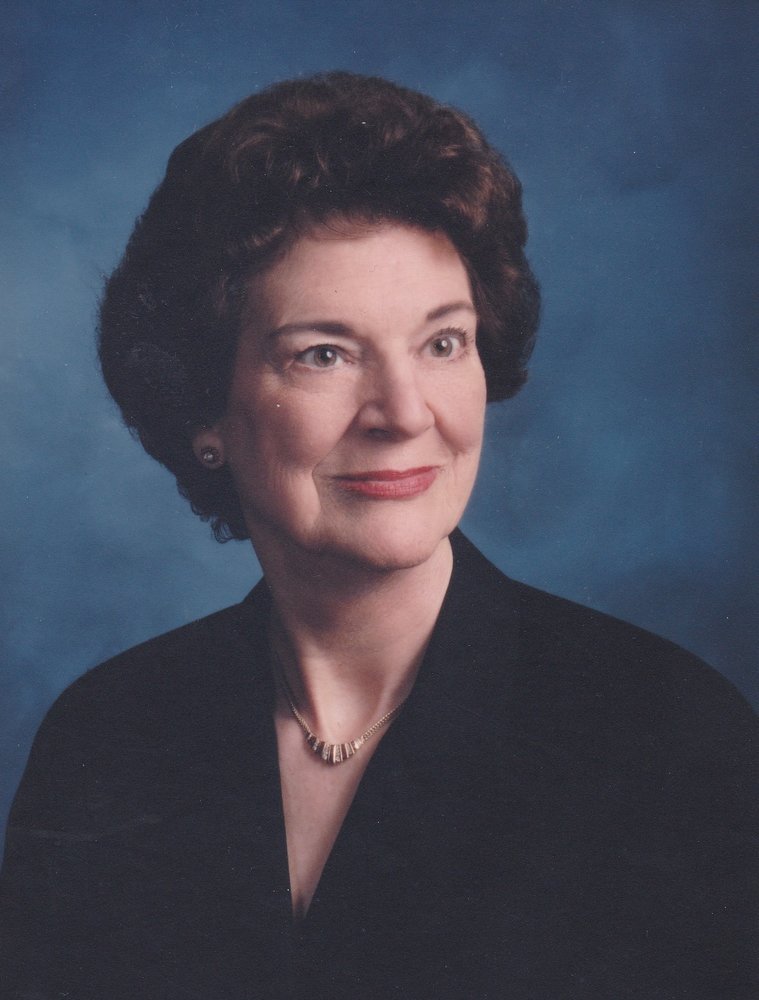 Gwendolyn Leonard Popejoy Bonnell was born on July 31, 1920 in Olustee, OK to George Clarence Leonard and Susie Blanche (Carter) Leonard.  Gwen passed from this life on Sunday, May 27, 2018 at the age of 97.

Gwen married Kenneth W. Popejoy in 1942 in Las Vegas, NV.  Other than the short time during World War II when Ken was in the U.S. Navy, and Gwen lived in Los Angeles, CA, she spent her entire life in Tulsa, OK.

Gwen graduated from Tulsa Central High School in 1937.  She attended Tulsa Business College and was employed by the Tulsa World Newspaper Company where she worked for 8 years.  She then joined Ken in his real estate firm, serving as a real estate closer.

Gwen was an active member of First United Methodist Church, having joined in 1931.  She sang in the Cathedral Choir for more than 25 years and in the Chamber Choir for 5 years.  She taught elementary Sunday school classes while her children were young; was a chairman of the United Methodist Women’s Priscilla Circle; and a charter member of the Joyner Sunday School class.  As a volunteer, she worked for many years in the Broadhurst Library at FUMC.  She was also a volunteer for Meals on Wheels.

After the death of her first husband, Gwen married Robert A. Bonnell, Jr.  Bob and Gwen traveled extensively and enjoyed life to the fullest until his death in 1994.  Gwen was also preceded in death by her daughter, Judith Popejoy Redford, her stepson, Robert Dow Bonnell, her sister and brother-in-law, Frances and Malcom Andrew and a brother, Clarence Leonard.

The family will receive friends 3:30 -5PM Sunday, June 3rd at the Ninde Brookside Funeral Home.  A funeral service will be held at 11:00 A.M. Monday, June 4th at First United Methodist Church, Tulsa followed by a private family committal at Floral Haven Memorial Gardens in Broken Arrow.  In lieu of flowers donations may be made to the FUMC Provident Fund or Meals on Wheels of Metro Tulsa.

A Service of Hope and Resurrection