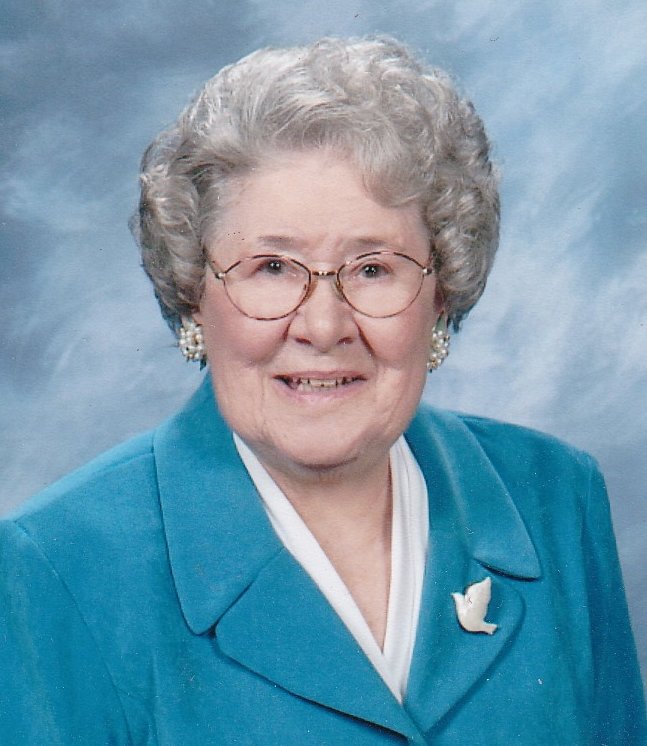 Plant a Tree
Share this Tribute:
Share Obituary:
Share Your Memory of
Frances
Upload Your Memory View All Memories
Be the first to upload a memory!

Frances W. Smith was born on August 18, 1923 in Franklin, TN to Oscar F. and Laura (Richardson) Williams.  She was born in the house where her father was born in 1878, she was a direct descendant of two founding families of Fort Nashborough, now Nashville.  Frances passed from this life on Saturday, June 23, 2018 in Owasso, OK at the age of 94.

A member of First Baptist Church, Tulsa, since 1954, she was also a long-time member of local, state and national Home Economic and writers’ organizations, teacher organizations and following retirement in 1986, of retired educators’ organizations.  She was a published writer of Home Economics and Religious Education curriculum materials.  Wherever she lived, she taught Sunday school and several summers she directed Vacation Bible Schools in rural and urban areas.  She was staff reporter for Ridgecrest Baptist Assembly the summer of 1948.  Prior to coming to Tulsa Public Schools in 1954, she taught in Kentucky, Texas and Tennessee.

Frances earned the B.S. degree in Vocational Home Economics and Science from George Peabody College for Teachers in Nashville; the M.R.E. Degree, from Southwestern Baptist Theological Seminary in Fort Worth; M.A. Degree in Home Economics Education from Peabody College.  Further studies were in journalism and creative writing, and Spanish from University of Wisconsin at Madison; Spanish at University of Madrid, Spain and special studies at Oklahoma State University.

Frances was preceded in death by her parents, three brothers including John R. Williams, an infant granddaughter, Mandy Wheeler; also her husbands, Roy C. Mitchell, Jr. in 1947 and O. Alden Smith in 1997.  Roy was a WWII Army Air Corps veteran and at the time of his death, he was a ministerial student at Baylor University.  Alden was a teacher of the Spanish language until retiring from Tulsa Public Schools in 1986 and was also a published author in the field of genealogy.  Alden served in the Army during WWII and served under General George C. Patton in the Rhineland Campaign.  Among her survivors are a daughter, Margaret Smith, of Skiatook, OK; granddaughters, Kristi Weathers Tara Wheeler and Jennifer Wheeler; 8 great-grandchildren, Breanna, Stormy, Kyann and Ryker Weathers, Ashleigh and Walker McCause and Lane Wheeler and Tatum Patterson; and several nieces and nephews.  Frances considered no other honor or activity dearer than that of being wife to Alden, Mama to Margaret and Grandmama to Kristi, Tara and Jennifer.

In lieu of flowers friends may contribute in her memory to the Clothing Ministry of First Baptist Church, 403 S. Cincinnati, Tulsa, OK 74103 or to the Oklahoma Baptist Homes for Children, 3800 N. May Ave., Oklahoma City, OK 73112.