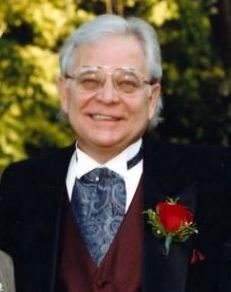 Plant a Tree
Share this Tribute:
Share Obituary:
Share Your Memory of
Al
Upload Your Memory View All Memories
Be the first to upload a memory!

Alton B. West, Jr. and Jewell Sylvia West (she was a real dilly) welcomed Alton Berry West, III into this world on October 24, 1946. He was their pride and joy and was such a cute baby, Jewell entered him into a beauty pageant as a girl, and he WON! 7 years later, Al became a big brother, as their second beloved son, Alan West, was born to complete their family.

Al passed away peacefully surrounded by family, dear friends, and his beloved dog, Wilson, in his home on Sunday, July 8, 2018 after a short, but brave, battle with ALS.

His grandparents “Spike” and Margaret West played an integral role in his upbringing teaching him the most important skills in life, pool and poker. There were many memories made during the West family poker tournaments throughout his life, and has passed his love of cards and dominoes on to the next generation.

Al was a proud Roper, graduating from Will Rogers High School in Tulsa, Ok. Following in his father’s footsteps, he became a mason and was a life member of Blue Lodge 71. He attended Oklahoma State University and finished his undergrad degree in Finance at the University of Tulsa. During this time he worked for Pizza Hut and worked himself up through the ranks to Assistant General Manager. This took him and wife, Anne, around the country on many great adventures as he was responsible for opening up Pizza Hut restaurants. It was during these times that the infamous “ice storm” story occurred, bringing joy and laughter to all that heard it!

While their adventures were fun, Tulsa had their hearts and they returned where they purchased their first home. Al went to work at an insurance company while obtaining his Master’s Degree from University of Tulsa and becoming a CPA. Al and Anne had their first and only child, Whitney, in 1977.

He spent many years putting that degree in finance to good use as an accountant for Parker Drilling Company. This work took him around the world, and is where the international travel bug first bit him!

In the late 80’s, Al ventured out on his own and opened his Insurance company, Al West & Associates. He worked diligently to build his business and as the consummate salesman, he quickly became the top Blue Cross Blue Shield producer in Oklahoma.

Being his own boss was a dream and afforded him many years of travel with his daughter on their yearly daddy/daughter trips. Eventually they grew to include Becca, Al’s daughter-in-law, and his grandchildren, Angie and Laura.

Al moved to Richardson, Texas in 2014 to be with his family and spent his final years traveling to places like Cuba, Morocco, Russia, and Europe with dear friends, Joe and Nellie. His beloved dog, Wilson, was by his side until the end.

Al touched many, many lives in his almost 72 years. He will be remembered as a man of MANY stories, a master salesman, a meticulous record keeper, a spontaneous traveler, and an honest man. Most of all, he was the world’s most generous friend, father, uncle/GUB, and papa anyone could ask for!

Al leaves behind his adoring daughter, Whitney, her wife Becca, and granddaughters Angie and Laura Lamka-West of Allen, Texas, brother Alan West and wife Robyn, nieces, Lindsey and her husband, Rick, Mary Jewell, and 3 All American great nephews, Brennon, Camdyn and Corbyn all of Oklahoma City, In-laws, Gary and Mavis Lamka of Hector, MN, former step-daughters, Hayley and Mandy and families of Tulsa, the best Friends a man can have, Janelle Ware of Tulsa, and Joe Rawlings of Sugarland and beloved dog, Wilson.