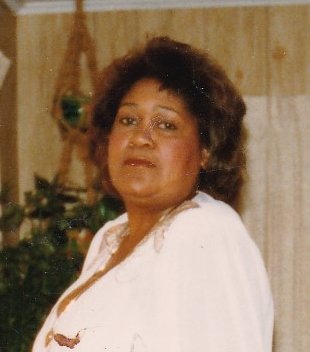 Plant a Tree
Share this Tribute:
Share Obituary:
Share Your Memory of
Patsy
Upload Your Memory View All Memories
Be the first to upload a memory!

She attended Attucks High School until desegregation and graduated from Vinita High School.  Afterwards she attended nursing school at Eastern State Hospital and became an LPN.

She married Earl Bennett Ryder, also from Vinita, on December 25, 1964 in Reno, Nevada and lived in Oakland, California where they had two children:  Gina Rochelle and Earl Bennett, Jr.  Later, moving to Wichita, Kansas for a time they had a third child, Michael Patrick.  Afterwards they moved to Tulsa in 1969.  Eventually she became employed at the downtown Tulsa hospital known then as Tulsa Osteopathic Hospital where she worked until the late 1990’s.  Afterward she became a home health nurse until she retired.

Patsy began studying with the Jehovah’s Witnesses in 1975 and worked her way towards baptism in 1978 at the “Victorious Faith” international convention in San Francisco at Candlestick Park.  She faithfully carried out her ministry, even taking part in the telephone witnessing when it became available, until she became ill.  However, she made efforts even then to talk to the nurses and various healthcare personnel that visited her home.

She was the spiritual backbone of the Ryder family, never giving up talking to various family members about the wonderful hope of Jehovah’s Kingdom.  She will be sorely missed.

Patsy was preceded in death by her parents and her husband, Earl Bennett Ryder, Sr.; her siblings Billy Hardrick, Willa Mae Bowlin, Leonard Hardrick and Dorothy Reed.    She leaves behind her sister, Betty Goree of Bartlesville, OK; her daughter, Gina Ryder and son, Earl Bennett Ryder, Jr. both of Tulsa and her son Michael Ryder and his wife, Stephanie of Houston, TX; her grandchildren, Misha Springs and her husband Kenneth of Oklahoma City, OK, Michelle Ryder, Sarah Ryder and Ashley Abair of Tulsa and Michaelangelo Ryder of Houston, TX and her great grandchildren, Jayson, Tyon, Aiden and Naomi along with a host of family, spiritual brothers and sisters and friends.