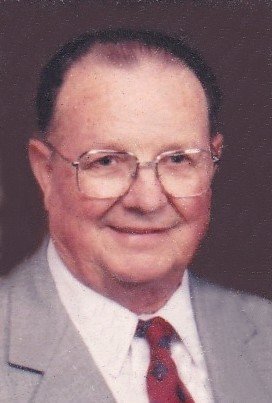 Plant a Tree
Share this Tribute:
Share Obituary:
Share Your Memory of
Charles
Upload Your Memory View All Memories
Be the first to upload a memory!

Charles Harmon Pannell was born on February 19, 1926 in Montana, AR to Charlie and Hallie (Carter) Pannell.  He was one of nine children born in the family.  Charles passed from this life on Tuesday, July 17, 2018 in Pryor, OK at the age of 92.

Harmon was drafted into the Army during WWII and served honorably.  He served in the European Theatre and the Battle of the Bulge.  He fought as a combat soldier in the following countries, Czechoslovakia, France, Belgium and Germany.

After his honorable discharge, he came back to Arkansas on the day Inez Emery graduated from high school.  They married shortly after on July 20, 1946 and made their home in Tulsa, OK.  Out of that union two children were born, Glenn and Judy.  Inez passed away October 3, 2014, ten days before her 87th birthday and they were married for 68 years.

Harmon worked at various jobs before he was drafted.  When he returned from war he was employed at Patterson Steel Company for 43 years until his retirement in 1986.

He and Inez raised cattle on their farm in Inola.  Charles was known for his garden growing skills.  He grew beautiful gardens that fed many people.

Charles went by several different names; Charles, Charlie, Harmon, Grandad, Dad, Poppy and Nanny.  He was asked “What name are you answering to today”?  He replied “It depends on what I’m wanted for”.  He loved sports, all types.  He was a Golden Glove boxer.  He played baseball and softball on church league teams and helped coach his son’s team.  He was an avid traveler.  He, Inez, Glenn and Judy took vacations every year and after the kids were grown, he and Inez traveled in their motor home.  He loved being outdoors, gardening, sightseeing and watching his grandchildren, Christie and Dan in their activities.

Harmon loved the Lord Jesus.  He loved going to church and he loved to tell others how they could be saved and how much Jesus loved them.  He and Inez started several churches in Tulsa and were involved in all church activities.

Harmon lived a long and good life.  He met many people over the years and befriended many.  He was always there to lend a helping hand.

Charles was preceded in death by his parents; his wife, Inez and six of his siblings.  He is survived by his children, Glenn Pannell and his wife, Alicia of Tulsa, OK and Judy Terry and her husband, Erin of Locust Grove, OK; his brothers, Herschell and Kenneth Pannell both of Tulsa, OK; his grandchildren, Christie Jo Blankenship of Claremore, OK and Dan Pannell and his wife, Lisa of Coweta, OK and 7 great grandchildren:  Austin Baldwin, Charlie Jo Baldwin, Alan and Michael Pannell,  Katie Reagan, John and Chad Rudd; 4 great great-grandchildren:  Hunter, Hadley, Parker and Paxton Reagan; numerous nieces and nephews and adopted family:  Rafael Nevarez and his wife, Nataly, and their children, Tony, Noemi and Rafael Emmanuel and special friends:  Nildo Aguilar, Bob Sherrer and Marc Mason.