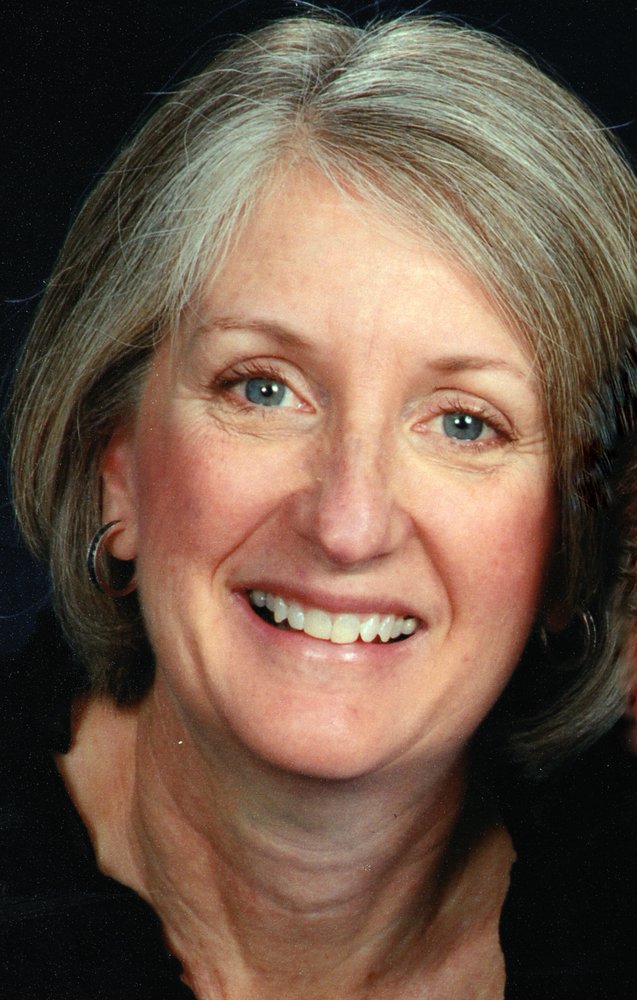 Plant a Tree
Share this Tribute:
Share Obituary:
Share Your Memory of
Julia
Upload Your Memory View All Memories
Be the first to upload a memory!

On August 15, 2018 while surrounded by her family, Julia Lynn (Rennie) Allen of Jenks, OK, went home to the Lord.  With all her heart, Julie courageously battled Parkinson’s disease for over 6 years.  She always handled herself and her health challenges with a quiet dignity, strength and optimism.

Julie was born June 12, 1959 in Pauls Valley, OK to Preston George and Ramola (Deines) Rennie.  She had only one sibling, Joel Craig Rennie.  She graduated from Putnam City High School in 1977 and headed to the University of Oklahoma, where she made lifelong friends as a member of the Chi Omega sorority and would meet her beloved husband, Jeffrey D. Allen.  Julie graduated with honors from OU with a degree in Special Education and taught pre-school for a few years.  Married in 1981, Jeff and Julie became parents of son, Taylor Rennie Allen and daughter, Rebecca Allen Williams.  Raising her children and being a loving wife were among Julie’s highest priorities.

From her initial diagnosis of PD, Jeff was her primary caregiver.  He lovingly nurtured and tended to her every need.  Until very recently, they enjoyed many trips around the U.S. and the world as a couple and with friends.  They truly treasured their very special friendship every day.  Julie was loved by everyone who ever met her.  Her kind demeanor attracted others to her and always left people smiling.  She used her gift of a type A personality in many ways (although sometimes to the chagrin of her children during their childhood).  She was very smart and deceivingly witty.  Julie was a very gifted student, talented artist, seamstress, adoring mother and amazing wife.  She had a flair for interior decorating and design and was known to throw amazing theme parties for her children and wonderful friends.

Julie’s faith in her Lord and Savior Jesus Christ, sustained her throughout her life.  Julie and Jeff joined Boston Avenue Methodist Church in 1983 and immediately became active members not only in the church but also in their much beloved Maranatha Sunday School Class.

Preceded in death by her parents and brother, Julie is survived by her husband, Jeffrey D. Allen; her son and his wife, Taylor Rennie & Lauryn (Dixon) Allen; her daughter and her husband, Rebecca (Allen) & Matthew Lynn Williams; her granddaughters, Jo Emery Allen and Parker Elizabeth Allen; her grandson, Lincoln Jude Williams; her aunt and uncle, Robert & Ramona (Deines) Allison; her father-in-law, William Wynne Allen; and her sister-in-law, Melinda L Carignan.