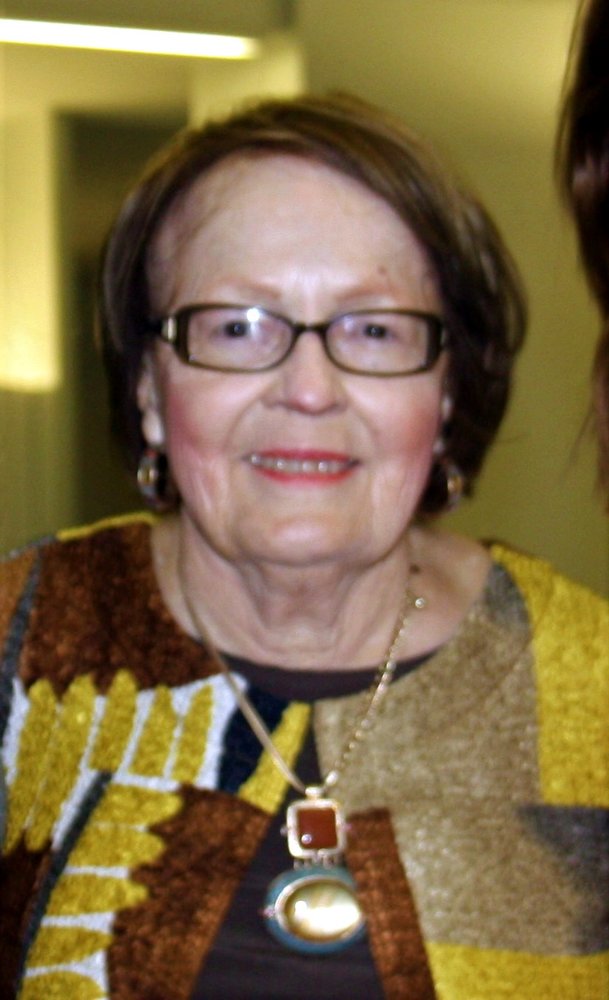 Marianna Wilke Vesely, age 76, died peacefully August 24, 2018 surrounded by her family. She was born September 14, 1941 in Denver, CO to Maxine Watson Wilke and Louis Gustav Wilke. Her father worked for Phillips66 and eventually they moved to Bartlesville, OK.

Growing up Marianna spent happy summers in the north woods of Minnesota at Camp Kamaji. She graduated from College High School in Bartlesville, OK, Class of 1959.  She attended Lindenwood College in St. Charles, MO and then became a 1963 graduate of the University of Oklahoma with a Bachelor’s Degree in Home Economics. Like her mother and aunts, she was a member of Delta Gamma fraternity. She served the Fraternity in several local and regional capacities; Tulsa Alumnae President, Gamma Beta House Corporation, Province Collegiate Chairman and Sponsorship Chairman. She attended several national conventions. Marianna received the Cable Award and the Loyalty Award from Delta Gamma.

As a newlywed and a new college graduate, Marianna taught home economics at Monroe Junior High School in Tulsa. She then became a mother and community volunteer. She volunteered at Tulsa Boy’s Home, the Cerebral Palsy Association, Junior Tulsa Opera Guild, as a Girl Scout Troop Leader, Junior Great Books Leader, Eliot Elementary School, Edison Middle School and Edison High School. Since 1967, she was a member of Southminster Presbyterian Church and served as a Sunday School teacher, Deacon, Elder, Wedding Coordinator and on various committees. She eventually returned to teaching, this time as a preschool teacher at St. John’s Episcopal Church. She was active in the Golden Cable Investment Club, Osher Lifelong Learning Institute, DG Dinner Club, Stitch, Antique Collector’s Guild and Daughters of the American Revolution – John Robinson Chapter. She was an excellent cookie baker, hostess and seamstress. Marianna enjoyed her family and friends, travel, basketball and OU football. However, what we will remember most is her kindness, sweet smile and always having time to listen.