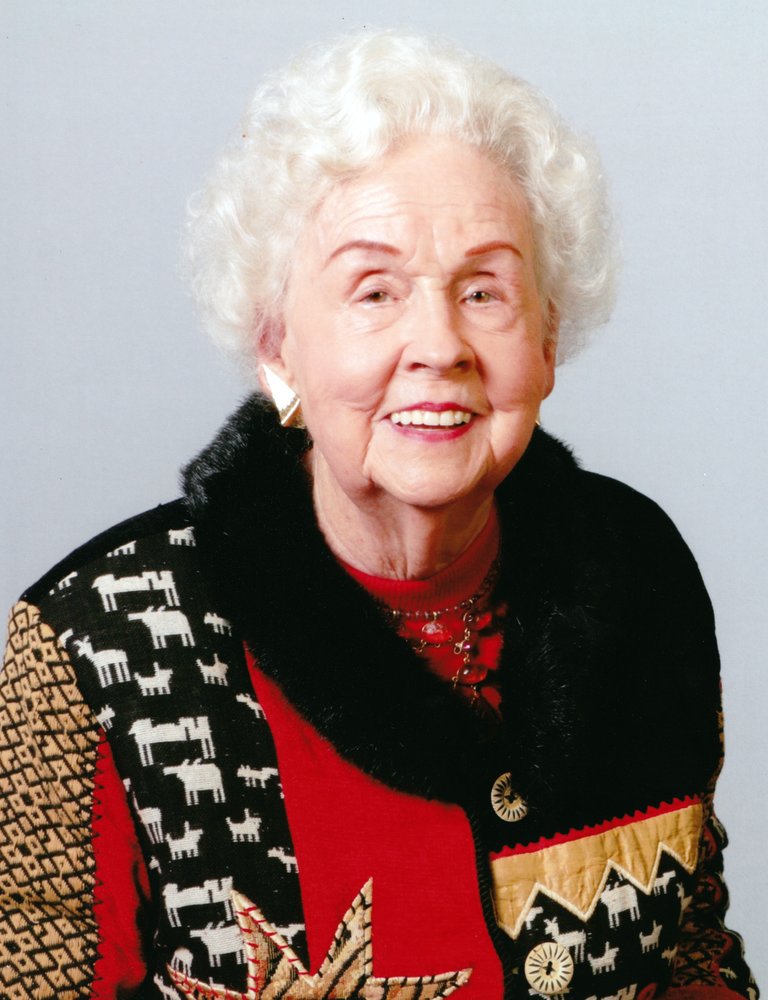 Plant a Tree
Share this Tribute:
Share Obituary:
Share Your Memory of
Mildred "Millie"
Upload Your Memory View All Memories
Be the first to upload a memory!

Mildred Irene Meeker was born April 25, 1929 in Jeff, MO to John & Laura (Price) Clausing and passed from this life on September 22, 2018 at the age of 89.  She was the eldest daughter of 7 children; 2 boys and 5 girls.  Although times were very tough while growing up during the Great Depression, the farm provided for their needs.  She would often tell us that the family never went hungry and the food was always delicious.

Upon graduation from High School, Mildred got on the train (all by  herself) and traveled to Chicago to work as a Nanny for her aunt.  This would have been 1947 and the very first time she had left Thayer.  Chicago was a big adventure for her but that didn’t last too long, the winters in Chicago were far too cold!  Apparently, the winter she was in Chicago was one of the coldest and Lake Michigan froze over.  Her cousins talked her into taking an ice boat ride that flew across the frozen lake.  That was the one and only ice boat ride she ever had.

After departing from Chicago, Mildred got on the train again and moved to Louisville, KY to help another aunt, Aunt Della.  She got a job at a factory that made men’s neck ties.  She was in charge of calculating the earnings and the payment of the seamstresses.  Seamstresses were paid by the piece and she would have to tally the number of ties each produced so they would be paid.  They were paid weekly and she was exceptionally diligent in making the books balance.  This began her long career of office work.

Louisville, KY was also where she met the love of her life, Coy Meeker.  They dated for a while but then Mildred was called into service by yet another aunt, this one living in Tulsa, OK.  In February 1952 Mildred’s sister, Barbara, was too mischievous for her Aunt Eva Lee so her aunt asked Mildred to move to Tulsa to kelp keep an eye on here.  And that is how Mildred came to live in Tulsa.

Mildred started working for the Sand Springs Bottling Company in August of 1952.  Soon a new plant was built on I-44 and it was called Pepsi-Cola Company.  At Pepsi she was called “Millie”.  Over the 40 years that she worked for Pepsi, she worked in just about every department in that office.  She started with Sales, Customer Service, Secretary to the Vice-President of Sales, Vending, Fountains, Marketing and Food Service.  She loved her job at Pepsi, especially the folks that worked there, many of which became lifelong friends.

In lieu of flowers contributions may be made in Mildred’s name to SpiritLife Church, 5345 S. Peoria, Tulsa, OK 74105.