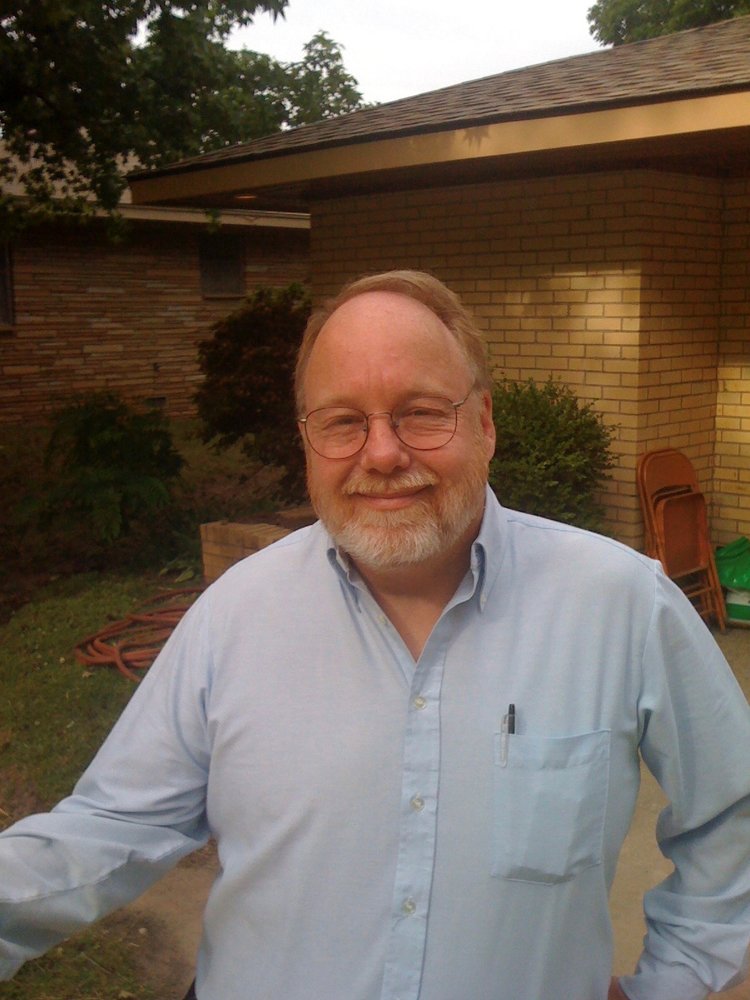 Samuel Lewis Hill, age 56, passed from this life on Sunday, September 23, 2018, at his home in Tulsa, surrounded by his family. During the past four years, he received various treatments for cancer, which he faced with courage and equanimity.

Sam was born on November 22, 1961, in Oklahoma City to Chilton Hill and Constance Ann (Fuqua) Hill, both of whom predeceased him. He was the youngest of five children and the only boy.

Sam attended public schools in Oklahoma City; the Selwyn School in Denton, Texas; Washington University in St. Louis; and Oklahoma State University, from which he received a B.S. Degree in Electrical Engineering in 1986.

Sam had a lively curiosity about the cosmos, the world, and society. He read widely, with a particular fondness for philosophy and science fiction. He was a tinkerer who invented many small devices and could repair almost anything. Sam combined his love of technology and music by working as a station engineer at KOSU Radio and later at Contemporary Sounds in Oklahoma City. After moving to Tulsa, he worked at Computer Warehouse as a service manager. Sam was an aviation enthusiast and built and flew model planes with the Tulsa Glue Daubers. Later he obtained his pilot’s license and flew his own small plane around Oklahoma and Texas.

Sam met his future wife Cassie (Simons) in 1999. They were partners for thirteen years and raised their daughter Aubrey together. Sam and Cassie married on September 12, 2018, with Aubrey and other family members in attendance.

All who knew Sam will miss his sense of humor, wide-ranging mind, and generous spirit. He leaves a legacy of kindness and love. May we be inspired to follow his example.