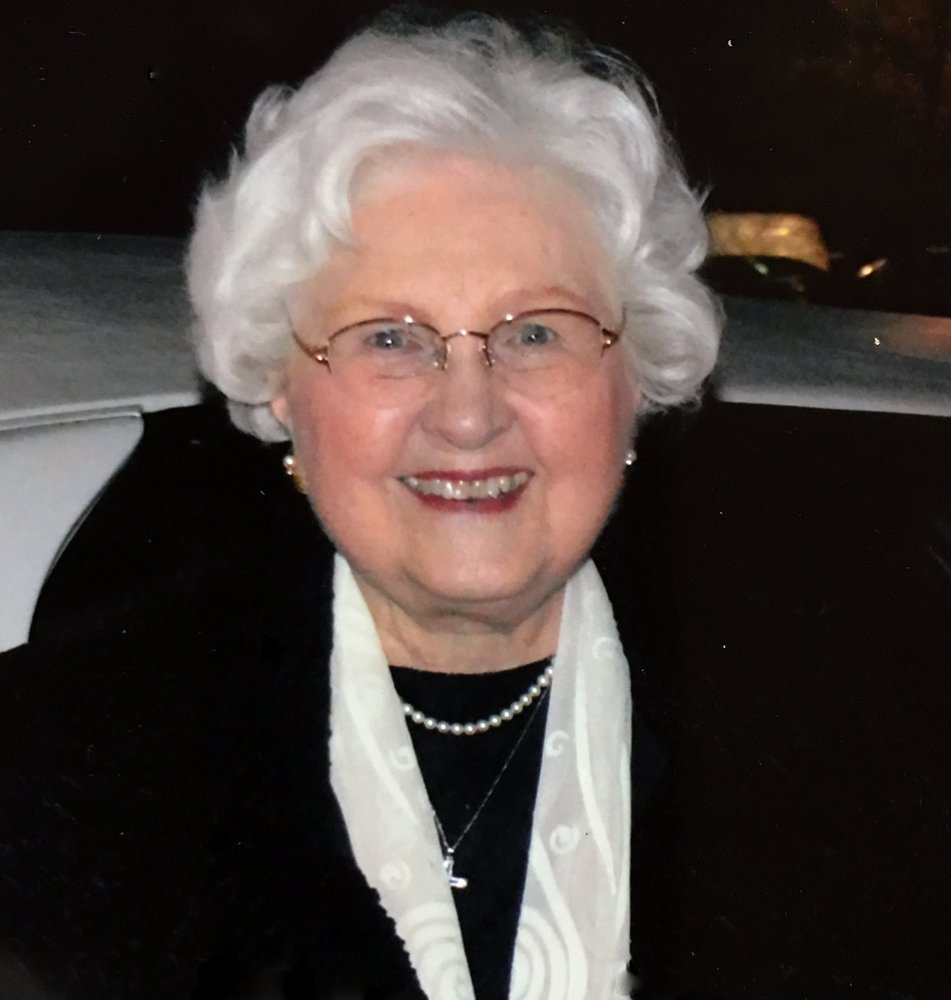 Bernice (Pfankuch) Dillon Jiles was born February 17, 1920 to Fred and Minnie Pfankuck on her family’s farm outside Logan, Kansas. She passed from this life Saturday, October 27, 2018 at the age of 98.  She began her life farming along with her two brothers, Calvin and Warren Pfankuch and her sister, Betty Jean (Pfankuch) Ramsay, all of whom preceded her in death.  Bernice was a 1938 graduate of Logan High School and after graduation, Bernice’s move to Kansas City was the start of her life’s adventures.

She started her career with part time jobs as she followed Bud’s military career.  When he shipped out to England, she moved to Tulsa where she worked at Douglas Aircraft.  After Bud was wounded on D Day they moved to San Antonio, TX and after Bud’s discharge they moved back to Tulsa.  Bernice worked as executive secretary for several insurance companies, before establishing a successful career in real estate.  She continued to remain actively working into her eighties.

Having lived through the dust bowl, the depression and World War II she had many stories to tell.  Bernice wrote her autobiography 1982; little did she know she had 36 more years of adventures to report.  Bernice had many talents including quilting, gardening and rug hooking, and her rugs won several blue ribbons at the Tulsa State Fair.

Bernice was a longtime member of First United Methodist Church in Tulsa, where she was an active member and past president of the Joyner Sunday School Class.  Especially important was her service to the Stephen Ministry and the Homeland Ministry.  She was past president of the Amber Rotary Anns, member of The Salvation Army Women’s Auxiliary and the Eugene Field Elementary Reading Mentor Program.