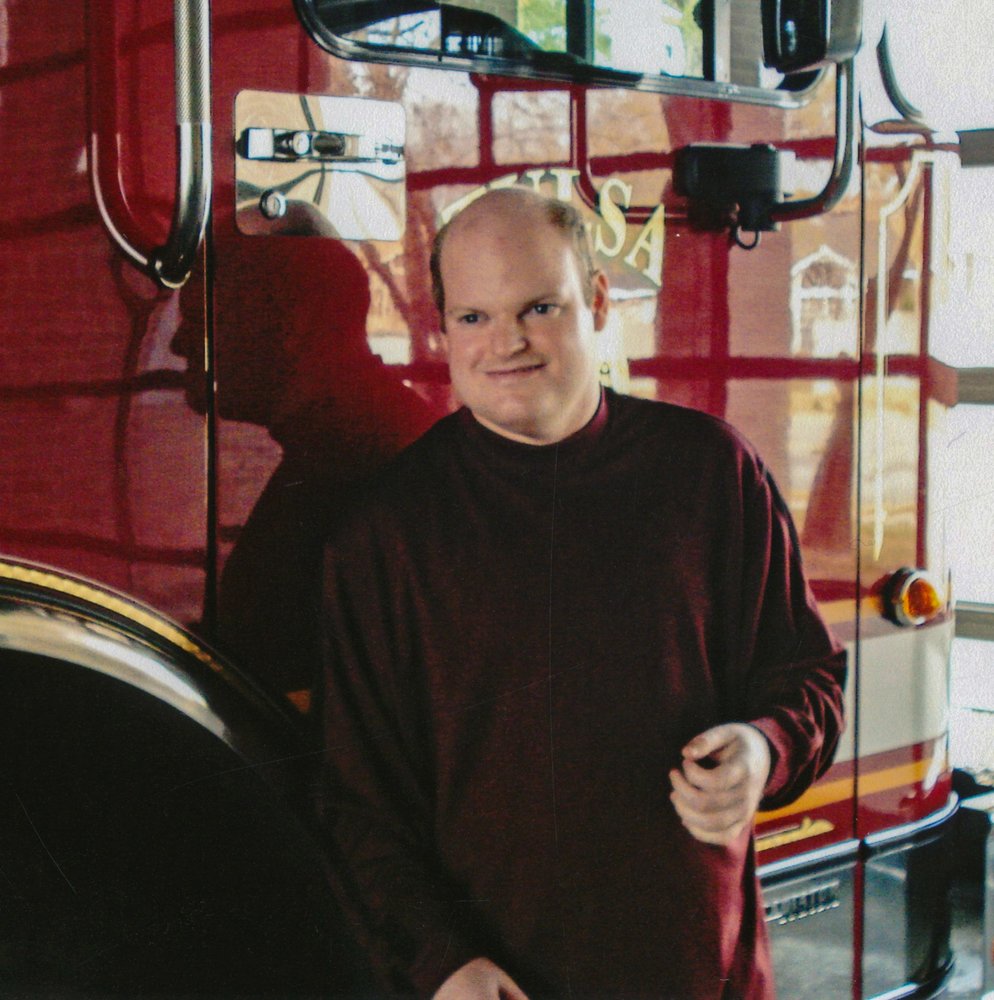 He spent much of his early years enjoying time on his grandparents’ farm outside of Conrath, Wisconsin where he loved to garden and spend time outdoors. In his later years, the only things he loved more than the Tulsa Zoo, bananas, exuberant contestants on the Price Is Right, cheeseburgers and the Oklahoma Aquarium were his family, friends and fire trucks.

Blessed to have been graced with 40 years of Ro’s enthusiasm for life are his parents, Robin and Cherrie Siegfried. He is survived by his parents, his brother Raegen (Amy), his nephew “Little Ro” Rory, aunts and uncles Celeste and Dick Bendel, Diane and Lindsey Perkins, Jayne and Richard Oertle, Elizabeth and George Schwerzel, Milann Siegfried and Rick Siegfried and cousins who loved him dearly. He is preceded in death by his uncle Ray Siegfried II, grandparents Lillian and George Schwerzel and Bobby and Betty Siegfried. The visitation will be from 10 am – 8 pm on Tuesday, November 13 at Ninde Brookside Funeral Home at 3841 South Peoria and the Funeral Mass will be held 10 am Wednesday, November 14 at Christ the King Church in Tulsa, OK.  Roman will be laid to rest at Calvary Cemetery.  Donations can be made to the Oklahoma Firefighters Burn Camp.

Share Your Memory of
Roman
Upload Your Memory View All Memories
Be the first to upload a memory!