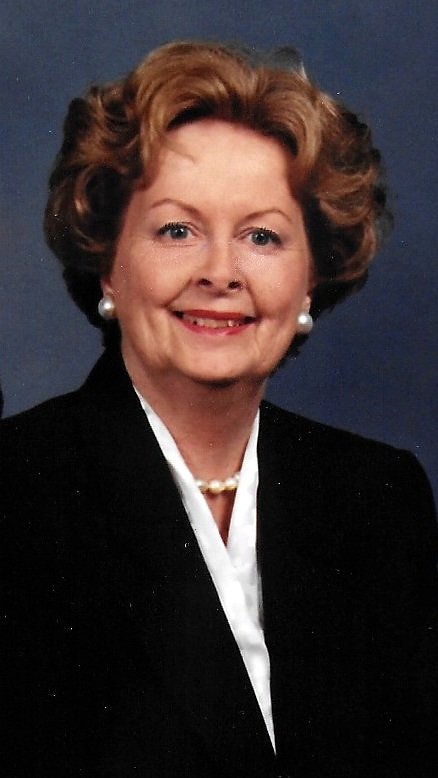 Plant a Tree
Share this Tribute:
Share Obituary:
Share Your Memory of
Jacqueline
Upload Your Memory View All Memories
Be the first to upload a memory!

Jacqueline Brown Allen (Jackie), 93, died peacefully on December 12, 2018 in her home at Montereau in Tulsa.  Born to John A. and Laura Brown, December 9, 1925, she was raised in Dallas and attended Hockaday Girls School.  She later attended Edgewood Park Women’s College in New York. On a blind date after WWII, she was introduced to a young naval officer returning from war in the Pacific, Robert W. Allen.  They were married shortly thereafter and made their home in Tulsa, where they raised a family of four boys. Although born and bred a Texan, she wisely became an OU fan. She and Bob took many friends and family to OU games on their MK&O outfitted bus.  Bob and Jackie enjoyed 65 years together, traveling the world by bus (usually with Bob at the helm,) plane and automobile.

In her earlier days, Jackie was a strong advocate for community volunteerism.   She was President of the Jr. League and volunteered at various organizations, including Philbrook, First Presbyterian Church as a Sunday school teacher and Tulsa Boys’ Home. Her greatest commitment, however, was to her family.  As a mother of four active boys, a prodigious sense of humor was a necessity for survival.  She had a quick wit and always appreciated a good practical joke, or dishing one out.   Working as a team with her lifelong friend, Lola Barclow, the two together made one excellent cook. always following their instincts rather than a recipe.  A consummate people watcher, Jackie liked nothing more than to sit among a passing crowd wondering what their story was, what they were thinking, where they were from.  Jackie followed in her mother’s footsteps and was a talented artist, never quite realizing her own potential.   Her doodles were artwork in themselves. Over many years, Jackie enjoyed playing bridge and mahjong with her many close friends.  Second only to her family, she loved dogs. Any dog.  Her main loves were Becky, Dale, Razz and lastly, Murphy.  Her favorite TV show was the Westminster Dog Show.

The family extends their sincere thanks to all of her devoted caregivers, especially, Deborah, Sharon and Tabitha.

In lieu of flowers, memorial contributions may be made to Hospice of Green Country, Tulsa Boys’ Home or First Presbyterian Church Foundation..