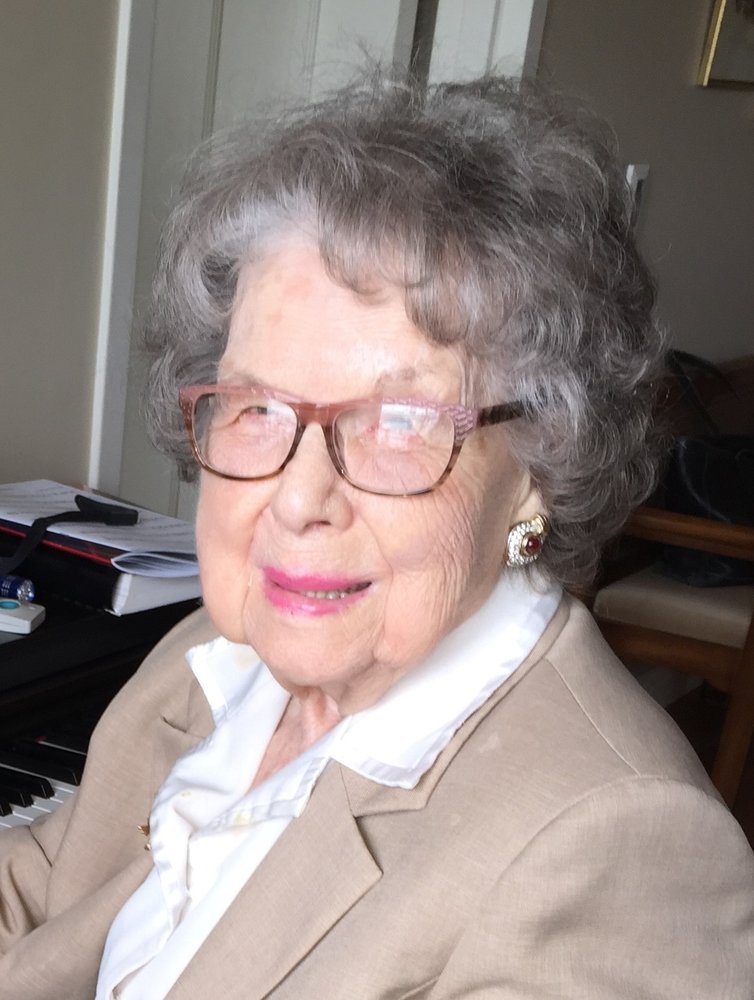 Plant a Tree
Share this Tribute:
Share Obituary:
Share Your Memory of
Ruth
Upload Your Memory View All Memories
Be the first to upload a memory!

Ruth Boone, a long time Tulsa resident, was born July 7, 1921 in McAlpin, West Virginia to George Dewey and Lucy Maude (Lovell) Williams.  She passed from this life Saturday, January 12, 2019 surrounded by family at the age of 97.  As a mother of six, a registered nurse, a community volunteer, church organist and private pilot, Ruth was a woman ahead of her time.

She married her high school sweetheart, Reece Boone in 1942 and began a life of raising children, working in tandem with her husband, a surgeon, and dedicating countless hours to improving her community.  Before her retirement, Ruth lived in both Mooreland, OK and Watonga, OK for more than 40 years.  She served as an RN anesthetist at Mooreland Community Hospital and Mercy Hospital Watonga.  In addition to her work, Boone was a Cub Scout leader, member of altruistic women's clubs, she helped create the Mooreland Public Library and led a campaign to build the Mooreland Municipal Airport.  In Mooreland and Watonga, she was organist at the United Methodist Church. In recent years, Ruth has been a resident of Saint Simeon's senior community.  She embraced a love of walking for fitness, and proudly displayed her collection of competitive race walk medals.

Ruth was proceeded in death by her husband of 73 years, Reece Richard Boone, MD; her son, Fred; son, Bob and his wife, Judi.  She is survived by sons and daughters-in-law, Richard and Connie, Tom and Jeannie, John and Mimi; daughter-in-law, D’Anna; daughter and son-in-law, Jane and Scott, 14 grandchildren, 23 great grandchildren and seven great, great grandchildren.

A memorial service celebrating Ruth’s life will be held 2:00 p.m. Saturday, February 2, 2019 at Saint Simeon’s in Tulsa. The Boone family will receive friends 1:00 p.m Monday, February 4 at Mooreland First United Methodist Church followed by burial in the Mooreland Cemetery.  In lieu of flowers, memorials may be made to Saint Simeon's, 3701 MLK, Jr Boulevard, Tulsa, OK 74106.