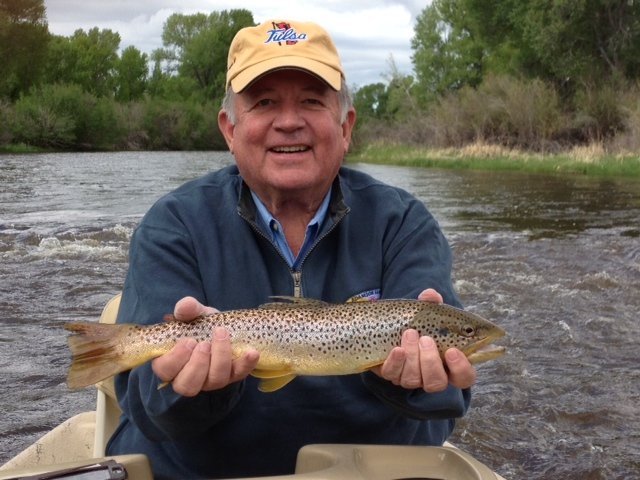 Peter Adamson III (Pete) passed away on January 17, 2019 at age 77 after a 4 ½ year battle with multiple myeloma. Pete was born in Tulsa on June 17, 1941. A graduate of Okmulgee High School, Pete became the first in his family to graduate from college, earning a B.B.A. from his beloved University of Oklahoma in 1964. At OU Pete was a proud member of Beta Theta Pi fraternity. Pete began his career as a CPA before embarking on a career in the securities brokerage business in 1968. In 1980, Pete cofounded Houchin, Adamson & Co., Inc., a registered broker dealer, with his friends and longtime colleagues Larry Houchin and Jackie Irwin. Along with partner Jana Shoulders, they would go on to form Adams Hall Asset Management, a wealth management company that grew to over $2 billion in assets under management at the time of its sale. Pete ended his career as Chairman of Autumn Glory Partners, an independent investment advisor, which he ran alongside his son Jonathan and Jackie Irwin.

Pete served on the Board of Trustees of the Tulsa Community Foundation, where he was Chairman of the Finance Committee; and the advisory board of the Michael F. Price College of Business at the University of Oklahoma. Pete was a recipient of the 1995 University of Oklahoma Board of Regents Leadership Award. He chaired several community organizations including Tulsa Zoo Friends, The Salvation Army’s William Booth Society, Holland Hall School and Tulsa County City Jail. He was also a past President of Southern Hills Country Club, serving in that role in 2001 when Southern Hills hosted the 101st U.S. Open.

An avid golfer, Pete enjoyed playing with new friends and making memories with old friends. He held very dearly his time spent at Southern Hills, The Patriot and Old Baldy Club in Saratoga, WY, where he was affectionately known as “Bad Dude” and any lucky bounce was known as a “Petey.” He loved traveling the world, and did so with many of his friends and family over the years, having visited all 50 states and numerous countries. No matter where he was in the world, every Fall Saturday was centered around his cherished Sooners football team. But most of all, he enjoyed spending time with his family.  He was an accomplished fisherman and enjoyed sharing his expertise with his many grandchildren.

Pete was preceded in death by his parents, Jack and Mary Jane (Jere) Adamson. He is survived by his beloved wife, Penny and their four children: daughter, Niki Santos and her husband, Paul of Great Falls, VA; daughter, Susanne Blaya of Greensboro, NC; daughter, Brittainy Fink and her husband, David of Keller, TX; son, Jonathan Adamson and his wife, Brooke of Dallas, TX; brother, Phil and his wife, Suzanne of Denver, CO; and 11 grandchildren who adoringly referred to him as “Papa Petey.”

In lieu of flowers, donations can be made to the Tulsa Zoo or the American Cancer Society.