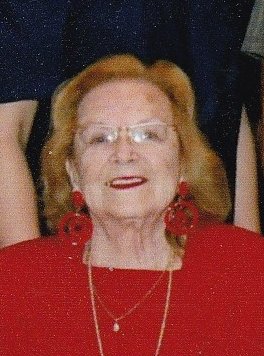 She was born on December 29, 1929 in Frederick, MD; she was the daughter of Paul & Genora Hammond.

Bob and Barbara met on June 9, 1945 in Independence, KS at ages 17 and 15, respectfully.  They dated on and off for four years and then eloped to Bentonville, AR and were married on March 16, 1949.  After a short stint in Iowa on a pipeline job of Bob’s, they moved to Tulsa, OK.  She worked at St. John’s Hospital in Tulsa while Bob was earning his degree from Tulsa University.  Bob, Barbara, and their two children, Pam and Robert “Chip”, moved to Tripoli, Libya and Beirut, Lebanon from 1961-1964 for Bob’s pipelining work.  They have remained in Tulsa since 1964 when they returned from overseas.  Bob and Barbara have been members of First United Methodist Church in Tulsa, OK since 1978.  They were members of both the Joyners and Builders Sunday School classes.  Barbara volunteered at St. Francis Hospital for 44 years.

She was preceded in death by her son, Robert C. “Chip” Cooley, II; her parents, Paul & Genora Hammond; her three brothers, Paul Hammond, Bill Hammond and Louis Hammond; and her aunt and uncle, Betty & Reginald Hammond.

In lieu of flowers donations may be made to the charity of choice or The First United Methodist Church Memorial Fund, 1115 S. Boulder, Tulsa, OK 74119.