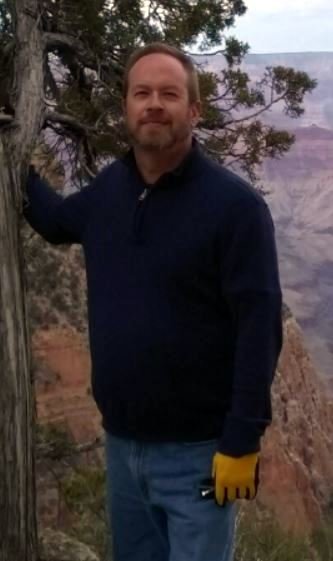 Plant a Tree
Share this Tribute:
Share Obituary:
Share Your Memory of
Jayson
Upload Your Memory View All Memories
Be the first to upload a memory!

During his early years, Jayson and his family lived in Tulsa. Then, he and his dad lived in Alaska for a short time before settling in Oklahoma City. Jayson played tennis and was a member of the 5 Alive’s Challenge Bowl Team at John Marshall High School where he graduated as an Oklahoma Academic All State award winner in 1992. He first attended Duke University and the University of Oklahoma studying psychology and philosophy. After a 15-year career in the restaurant business, most notably as a corporate trainer for the Hal Smith Restaurant Group at Redrock Canyon Grill and Louie’s, he attended the University of Tulsa. There, he studied history, political science, and classics, earning his Bachelor of Arts in History in 2017. Throughout his life, Jayson had also established two businesses: Carter’s Tireless Errand Service and Carter’s Commercial Cleaning. In 1998, he met Christina and they were later married in 2001. They bought their first home in Norman where Claire was born in 2007. Jayson’s favorite and proudest “job” was as a stay-at-home Dad to Claire. Most recently, he returned to the University of Tulsa where he was working as a Graduate Assistant for the History Department to earn his Master of Arts. Jayson loved Oklahoma History and was hoping to one day become a History professor. He loved OU Football and the Chicago Cubs. Music was a passion that Jayson shared with both his and his wife’s family. He sang, played guitar, bass, drums, and dabbled with harmonica and piano. Jayson was an avid reader and a “foodie” who loved comedy, the arts, and politics. His hobbies included cooking, gardening, hiking, playing tennis, attending concerts, researching his family ancestry, and traveling. Jayson had a thirst for knowledge and adventure, and he truly lived his life to its fullest.