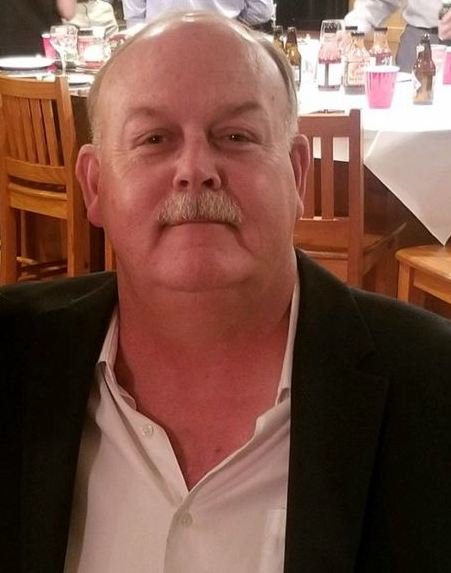 Tim spent his life helping people as a Marine and as a Tulsa Police Officer.  He retired from TPD as Cybercrime Detective Sergeant after 25 years of service.  He was the master of the Yost family history and cared deeply about his heritage and his family.  He was a devoted dad to his two sons, spending his time coaching them in football and baseball and focused on their upbringing as well as welcoming all their friends to his house for food, fun, and video games.

He married Terry O’Malley on September 18, 2015. They built a house in the woods and together gardened, fed the wildlife and hiked the trails he made.  He was a complex man with a larger than life personality whose generosity, computer savvy, intelligence, love of his dogs and cats, and quirky personality will be greatly missed.

Tim was preceded in death by his parents and his brother, Tony Stadler.  He is survived by his wife, Theresa “Terry” Ann (Foiles) O’Malley; his sons, Steven Stadler and Brian Stadler; and his sister and her husband, Trudy & Tim Espinosa; and many from the Yost and Stadler families.

A Celebration of Life will be held 2:00 p.m. Friday, August 23 at the Ninde Brookside Chapel.