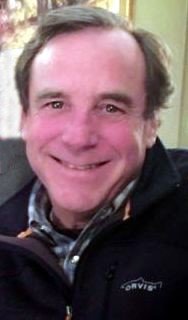 Jeffrey Terrance Morrell was born on August 23, 1958, in Ardmore, OK to Jan Foster Morrell and Gene Paul Morrell.  The first of three children, Jeff moved with his family to Norman, OK in 1960 while Jeff’s father attended law school.  The family returned to Ardmore following Gene’s graduation remaining until 1969, when Jeff’s father accepted a position with the Nixon Administration and the family moved first to Washington. In 1976, the family (which now included sister, Kelly and brother, Rob) moved to Dallas, TX, where Jeff attended St. Mark’s School and was a varsity wrestler.  Following graduation, Jeff attended the University of Oklahoma where he studied Geology, worked at Harold’s on Campus Corner and was a member of Beta Theta Pi, serving as president his senior year.  After college, Jeff completed the Neiman Marcus management-training program in Dallas and worked as a buyer which led to a position as Director of Stores for Harold’s.  It was through Harold’s that Jeff met his loving wife of 25 years, Mary Brownlee Morrell and together they built a life and family welcoming sons, Sam in 1995 and  Joe in 2000. They later moved to Tulsa where Jeff accepted a position in administration at RibCrib ultimately becoming Vice President of Marketing and Administration.

Jeff departed life too soon on October 10, 2019, with his cherished family by his side taking with him his numerous culinary secrets, all future updates to his “Quick & Dirty guide to NYC,” his passions for fashion, OU football, travel, discovering new places and things, and his family’s immense love for him.  He leaves us enriched by his friendship with memories and stories to sustain us until we meet again.