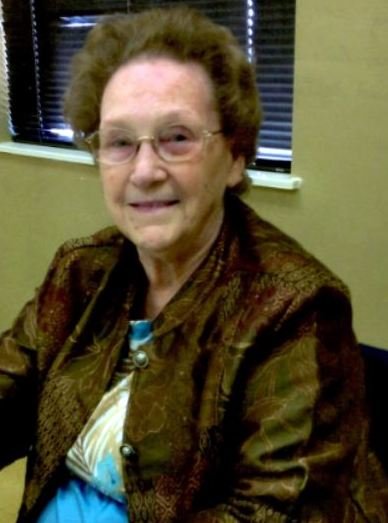 Louise moved to Kansas City, Missouri and worked for Bendix for 32 years, starting as a server on the cafeteria line and ending in the bakery.  While there she obtained her GED, was active in Eastern Star, VFW Auxiliary, Mended Hearts, and American War Dads.  Her hobbies included sewing, knitting, and quilting.

A memorial service will be held 1:30 p.m. Tuesday, October 22 at the Owasso Baptist Village Chapel, 7410 N. 127th E. Avenue, Owasso, OK 74055.  In lieu of flowers the family suggests donations be made to the Baptist Village of Owasso—Adams Fund.