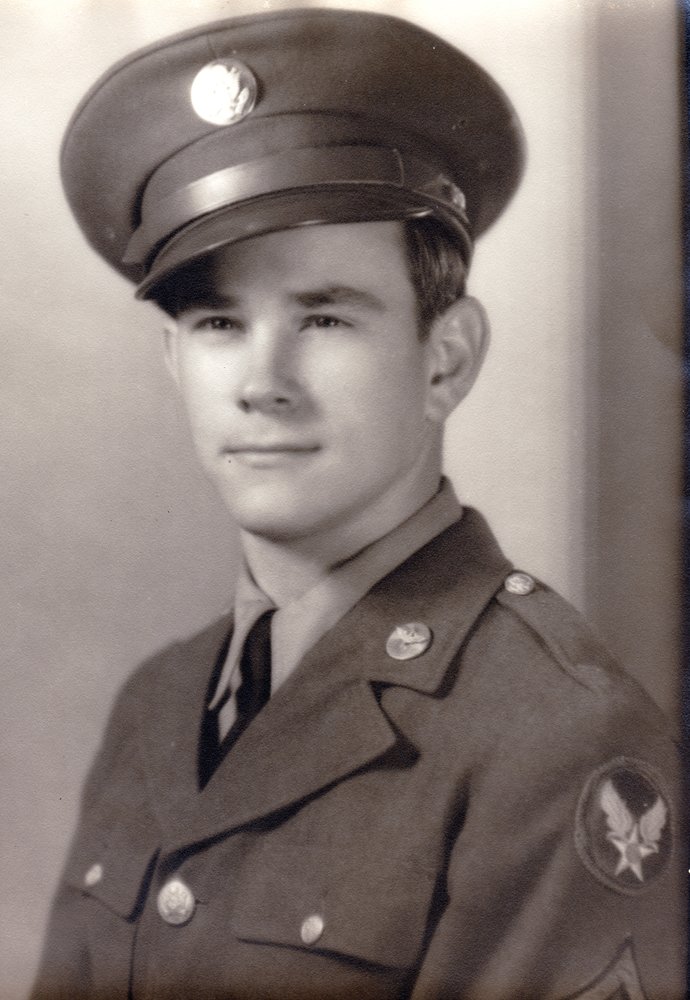 Gerald Kenneth Gentis was born on July 28, 1924 in Jenks, OK to Norman Philip Gentis and Anna Evelyn (Ballew) Gentis.  Jerry passed from this life on Wednesday, November 20, 2019 at the age of 95.

He served his country in the Army Air Corps, 8th Air Force during WWII.  He was a tail gunner and a toggalier on a B-17 that flew 33 missions over Germany. Following the war, he returned to his family in Jenks and was employed as a lab technician for AMOCO.  Upon his retirement, he became a docent for The Tulsa Air and Space Museum.

Jerry was preceded in death by his parents and his beloved wife, Mary Sue (Graham) Gentis in 2014.

He is survived by his sister Jean Jenkins, his children Gayle Gentis and her husband Pat Baker, Lynn Gentis Mayo and Keith Gentis and a granddaughter, Andrea Celest Gentis all of Jenks, OK.