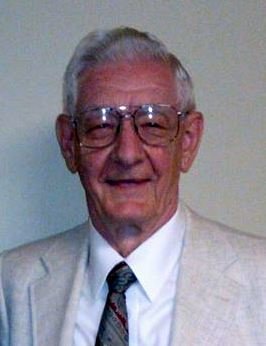 Dean was born while his father attended summer school at Northeastern State University, which was his introduction to the world of education. Upon graduation from Claremore High School in 1949, he attended Oklahoma A&M, graduating with a B.S. in 1953. He worked as an Industrial Arts Teacher in Springdale, Arkansas.

He entered the U. S. Army for basic training at Ft. Chaffee, AR in August 1955.  He studied fire directional control for 105 mm Howitzers and taught classes in the headquarters company of the 1st Infantry Division at Ft. Riley, KS.  He then served in the 8th Army in Korea June 1956 to August 1957 in the 11th Combat Engineers Battalion as librarian.   In the active reserves, he did 3-D aerial photography interpretation and studied chemical, biological and radiological agents.

Upon his discharge, he moved to Tulsa and taught Industrial Arts in Metal and Electricity at Hamilton Junior High School from 1957-63. He then became the Director of the Vocational Training Center at the Children’s Medical Center in Tulsa, OK, serving individuals with disabilities through a program of work adjustment training and community job placement. Dean was instrumental in The Vocational Training Center becoming the first nationally accredited program of its type in Oklahoma.  He retired after 31 years in 1995 and at the time of his retirement, the center had maintained 24 years of national accreditation.

Dean met Billie June Scarbrough at First United Methodist Church in Tulsa where they married December 20, 1958. They became active members of their Sunday School class. After Billie passed away in 2011, Dean married Elizabeth Hicks on August 4, 2012, who was also an active member of that Sunday school class at FUMC.

Dean was a member of the National Sons of the American Revolution. He was an avid woodworker and primitive arms enthusiast, crafting several muzzle-loading rifles, building them from the ground up with only a photograph as a pattern.  He enjoyed his friends in the English Speaking Union and also helping Jim Scarbrough, his brother-in-law, with farming and ranching activities. He even restored a vintage John Deere tractor for Jim. Dean believed strongly in helping others as exemplified by this July 20, 2000 quote from an article about him in the Heavener Ledger, “Loshbaugh said it’s good to help one another, especially family.”