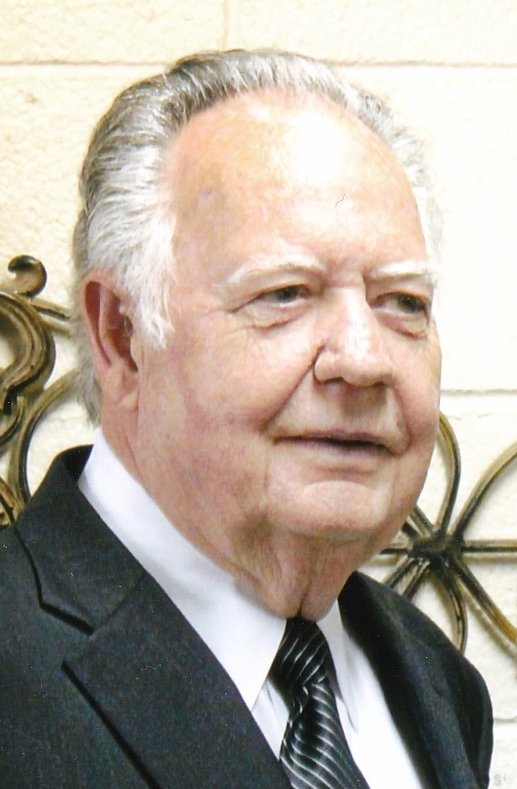 Glenn Dalton Haraway departed from this world on Monday, December 9, 2019.  Glenn was born on February 16, 1937 in Lexington, Alabama and grew up son of his parents who were share croppers, Audie Mae (Raney) Haraway and Malcolm Mason Haraway.  He grew up working in the fields beside his brothers and sister and attending school and graduated from Arnold High school, during which he ran the local movie theater.  He then worked at a refrigerator assembly plant for a summer and then moved to Oklahoma and then joined the Army.  He served active duty and reserve duty as Quartermaster and MP.  He met the love of his life Betty Lou Parr and they were married in 1964. They have been married for 55 years this August. He started working for American Candy Company (AMC on 10th and Penn) in OKC and worked his way up from delivery to assistant and then was the General Manager for this large operation wholesale store for 30 years. When AMC closed, he became an entrepreneur and had his own discount business, G&B sales for 10 years and earned his real estate license as well.  He then obtained a job at the OKC County Assessor’s office where he worked for 10 plus years and then retired from the State.  After that he spent most of his time serving his church home as an Elder at Northwest Christian Church where he was a member for 50 plus years until it’s closing.  He and his wife, Betty, moved to Tulsa in 2015 to be closer to family.  He was a member of St. James Presbyterian Church until his death.   He was a loving father, provider and example of moral character to many.   His time on this earth was either devoted to working, providing for his family, and spending time with his wife Betty and their many travels and adventures.  Although he worked hard all his life, he always made time to attend important events of his children, Gregory Dalton and Glenn Davin Haraway, as well as his grandchildren, Rhiannon Abigail and Geoffrey Davin Haraway, who are both in the Navy serving their country.   Glenn was also a lifetime member of Masonic Lodge #36 and was a Master Mason.  Glenn was always a planner for the future.  He enjoyed in his younger years spending time with family and watching football and sports.   He is preceded in death by his parents, and a sister, Pauline Cross and brother, Vince Haraway.  He is survived by his wife, sons, his brothers, Auvin, Douglas, Lane “Reed” and Royce Haraway; grandson and granddaughter; nieces and nephews and many friends.  Memorial service will be held 10:00 A.M. Saturday, January 11, 2020 at St. James Presbyterian Church, 11970 S. Elm, Jenks, OK.  A reception will follow 3-5PM Saturday, January 11, 2020 at Santa Fe Presbyterian Church, 1603 N. Santa Fe, Edmond, OK.  A special "Thank You" to the staff and caregivers at RoseRock Hospice for their care for Glenn and the family. Donations may be made in his name to the Alzheimer’s Association, www.alz.org/oklahoma.