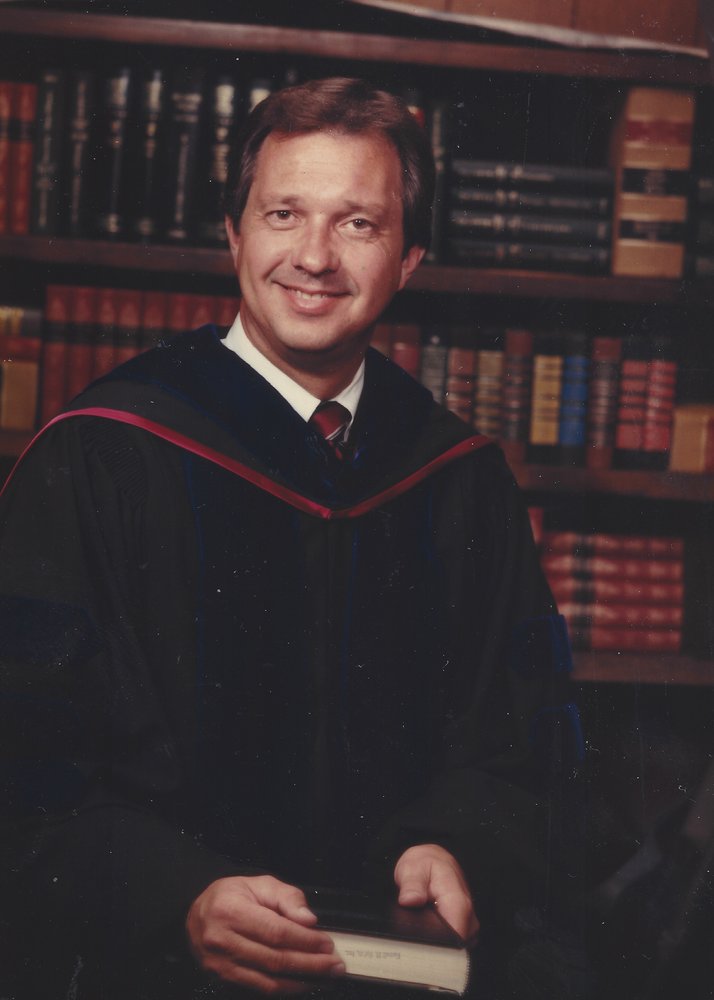 Please share a memory of Larry to include in a keepsake book for family and friends.
View Tribute Book
Dr. Larry Bill Williams passed from this life on Sunday, March 22nd, 2020, peacefully at his home in Tulsa, Oklahoma. He was born in Cushing, Oklahoma, at the family homestead, on June 9th, 1945, to Louis and Morene Williams. He is survived by his wife of 26 years, Pamela Williams. Larry’s siblings include his brother, Al Williams and wife Bonnie, sister, Judy Sheridan and husband John, and brother-in-law Kenneth Boyd. Larry’s children are Rev. Natalie Bell and husband Ed of Owasso, OK; Dr. Sharla Colbert and husband Rodney of NYC; Vanessa Cobb and husband Brian of Trophy Club, TX; Nicole Streich and husband Chris of Tulsa, OK; and L. Bradley Williams of NYC. He was the proud Grandaddy of eight grandchildren, Jacob and Emily Ford, Sloan and Rollins Colbert, Bryson and Miranda Cobb, and Cora and Audrey Streich. He is preceded in death by his parents, Louis and Morene Williams and his sister, Kay Boyd. Larry graduated from Cushing High School in 1963, and immediately joined the Army National Guard. He was honorably discharged in 1970. He received a bachelor’s and M.B.A. from Central State University, and Ph.D. from the University of Oklahoma. Larry began his career as a custodian at Central State University. He went on to work in the Comptroller’s office and was eventually promoted to Executive Vice President. In 1987, he was named the 15th President of Southeastern Oklahoma State University, in Durant, OK, where he served until 1997. He then served as the 15th President of Northeastern State University in Tahlequah, OK, until his retirement in 2008. Larry improved academic programs and faculty development, and expanded NSU’s facilities in Muskogee, as well as building the Broken Arrow campus. He was known as “The student’s president.” Larry dedicated over 40 years to higher education and was inducted into the Oklahoma Higher Education Hall of Fame in 2005. As a champion of education, he mentored and changed the lives of so many students. Larry loved country and western music and could often be seen tapping his toes to Hank Williams and Bob Wills at the family barn dances in Cushing. There is no doubt he understood and demonstrated the value of hard work. His generosity was well-known in his professional and personal life. It was not unusual to witness Larry picking up the tab for a table of students at a restaurant or giving up an entire weekend to help his kids with home projects. Like Will Rogers, he never met a stranger. Larry modeled hospitality by having an open-door policy in both his office and home. Leading by example, he never sought accolades for himself. Larry loved his family beyond measure and would drop anything to be there for his wife, children, or grandchildren. The private burial was held on March 25th at Parkland Cemetery in Agra, OK, near the family farm. A memorial service will be held 2:00 P.M. Sunday, September 19, 2021 at the Northeastern State University Broken Arrow Campus Main Auditorium. Memorial donations may be made to the existing Larry and Pam Williams Scholarship Fund at Northeastern State University, 812 N. Cedar Ave, Tahlequah, OK 74464, or at www.nsugiving.com/donate. Donations may also be made to the Dr. Larry Williams Scholarship in Business at Southeastern Oklahoma State University, 425 W. University Boulevard, Durant, OK 74701, or https://www.se.edu/giving/give-here/.
Sunday
19
September

Look inside to read what others have shared
Family and friends are coming together online to create a special keepsake. Every memory left on the online obituary will be automatically included in this book.
View Tribute Book
Share Your Memory of
Larry
Upload Your Memory View All Memories
Be the first to upload a memory!
Share A Memory
Plant a Tree