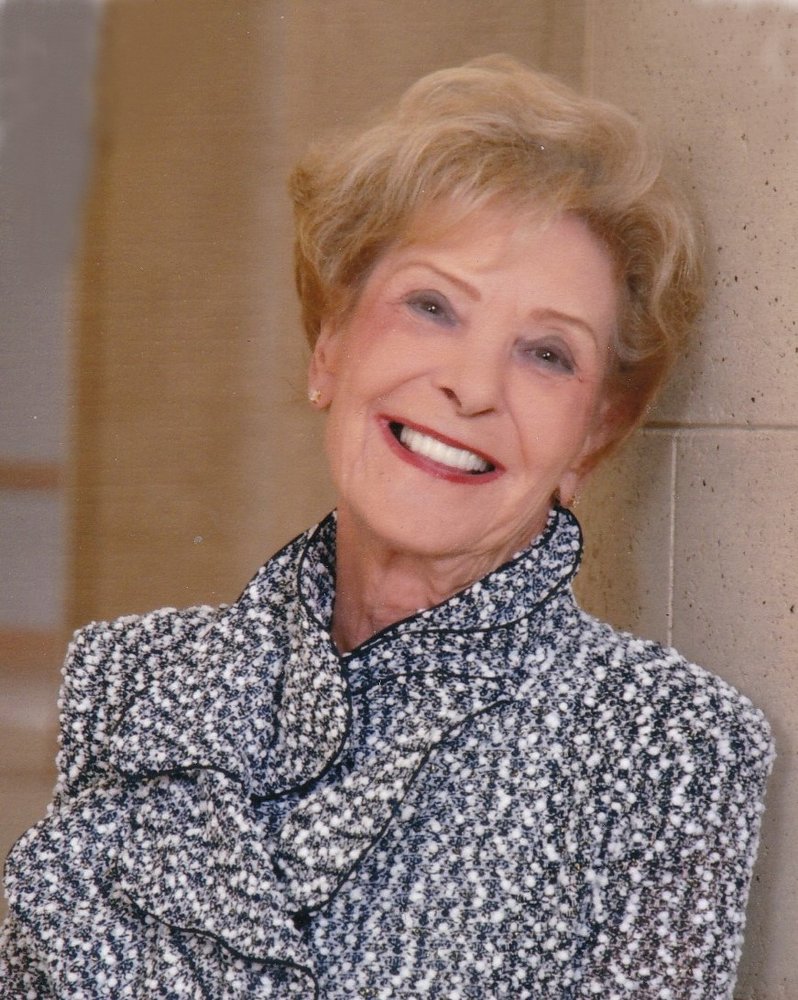 Please share a memory of Dolly to include in a keepsake book for family and friends.
View Tribute Book
Dolly (Earnest) Thomas Dixon passed away peacefully on September 21, 2020 following a lengthy battle with cancer. She was born on August 26, 1935 in Okemah, OK to William and Lucy Earnest. Preceding her in death were her parents; brothers, Russell and Glen; sisters, Helen Scott, Betty Overall and Dorothy Child; husband, Don Thomas and second husband, Stanley Dixon. Dolly is survived by her brother, Bill Earnest (Judy); brother-in-law, Raymond Overall; niece, Sue Crumpler (Charles); great-niece, Amanda Dixon (Russell) and great-nephew, Christopher Crumpler (Dona); stepchildren, Steve Dixon (Judy), Susie Oliver (Richard), Alisann Marshall (Ben); nine grandchildren, eight great-grandchildren, numerous nieces, and nephews. Dolly graduated from Okmulgee High School. She worked for Bryce Insurance Company until she married Donald C. Thomas in Tulsa in 1972. They moved to El Dorado, KS where they owned and operated Thomas Drum Company. After Don’s death, Dolly ran the business until 1980. Dolly moved back to Tulsa to be close to her family and managed their farm in Wagoner County. She returned to work for Bryce Insurance and continued working there until her retirement in 1997. During this time, she met Stanley Dixon and after several years of courtship they were married on the beach in Hawaii in 2001. Throughout their marriage they traveled the world, spent time with family and friends, and continued their ceaseless support of charities and organizations close to their generous hearts. In addition to her own charitable work, Dolly continued the spirit of Stan’s work with the Dictionary Project with Southside Rotary. She became one of the first female members and was a multiple Paul Harris Fellow. Dolly was active with Boys Town where she served with the Women’s Association. Dolly’s deep faith was evident throughout her life, and she was a compassionate soul who listened and loved deeply. She embodied the scripture, “Be completely humble and gentle; be patient, bearing with one another in love.”— Ephesians 4:2. Dolly loved gathering with friends and family, will be remembered as a consummate hostess and revered for her Deviled eggs and chocolate sheet cake. She stayed active with her dogs, fitness classes, and her volunteer work. She was generous with her time, a loyal friend and selfless in her support of others. Dolly lived life with style and grace and has inspired us to carry forward with genuine kindness and empathy. A service is not planned at this time. Future plans may be posted later. In lieu of flowers, donations may be made to Southside Rotary Foundation or Boys Town.