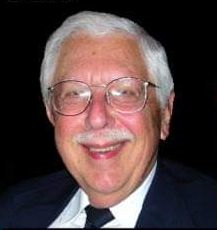 Please share a memory of John to include in a keepsake book for family and friends.
View Tribute Book
John Frank Toschik was born on a cold and snowy day on February 22, 1937 in St. Joseph’s Hospital Milwaukee, WI. A date John would share with George Washington. There were several folks who encouraged his parents, John Valentine Toschik and Ruth Rose (Bruyere) Toschik to name him George Washington Toschik, but sanity prevailed and he was named John, after his father and Frank, after his grandfather. John’s major interest was electronics. He learned a lot of skills from watching his father, who was a machinist by trade and an avid hobbyist. They had a basement workshop and John learned to use his hands to create projects and building model trains from scratch. John still has some of the projects he built. He learned how to do sheet metal construction, wire houses, built electronic circuits and industrial motors, learned to operate wood working machinery and plumb a house. All of these talents would follow him his whole life. As a young adult, John became interested in Amateur Radio operation which led him to another radio enthusiast, Heinz Broweleit. He got to know Heinz’s family and on New Year’s Eve 1962 he asked Heinz’s sister, Irmgard, if she would like to go on a double date with Heinz and his girlfriend. More dates ensued during 1963 and on November 30, 1963, they were married. During 1964, John went to work for the Badger Meter Company in Brown Deer, WI. In June of 1971, John was given a chance to move his family to Tulsa, OK, because Badger had acquired Precision Products and Controls and moved several product lines in which John had involvement with. The family decision was made and Tulsa, here we come! As the company grew, business trips outside the United States became necessary. The company had a subsidiary in Germany. Trips to Germany became frequent and on several trips, Irmgard, his German born wife accompanied him on these trips. From these trips, friendships evolved amongst German colleagues that exists to this day. In 1980, together with several German friends, Irmgard and John formed the German-American Society of Tulsa. By the end of 1981, the Society had well over 400 members. The organization had dance and choir groups, German language classes for the public, parties for the membership and participation in Mayfest and Oktoberfest. John retired from Badger Meter Company in 1998 and began another chapter in his life, learning computers, worldwide history and the surrounding universe in which we live. John passed from this life at his home on Thursday, October 1, 2020 at the age of 83. He was preceded in death by his parents and a daughter, Melissa Toschik. He is survived by his wife, Irmgard of the home; a son, Steven Kurt Toschik (LaChelle) of Tulsa, OK; a sister, Barbara Randa (Greg) of Waukesha, WI; 3 grandchildren, Karl Toschik, Sonja Parker (Jimmy), and MacKinsey, and a great granddaughter, Jasmin Toschik. A Celebration of Life will be held 11:00 A.M. Wednesday, October 14th at Fellowship Lutheran Church. A private family burial will be held at Memorial Park Cemetery. In lieu of flowers, donations may be made to Fellowship Lutheran Church, 6727 S. Sheridan Road, Tulsa, OK 74133 or St. Francis Hospice, 6600 S. Yale, Suite 350, Tulsa, OK 74136.
Wednesday
14
October

Look inside to read what others have shared
Family and friends are coming together online to create a special keepsake. Every memory left on the online obituary will be automatically included in this book.
View Tribute Book
Share Your Memory of
John
Upload Your Memory View All Memories
Be the first to upload a memory!
Share A Memory
Plant a Tree