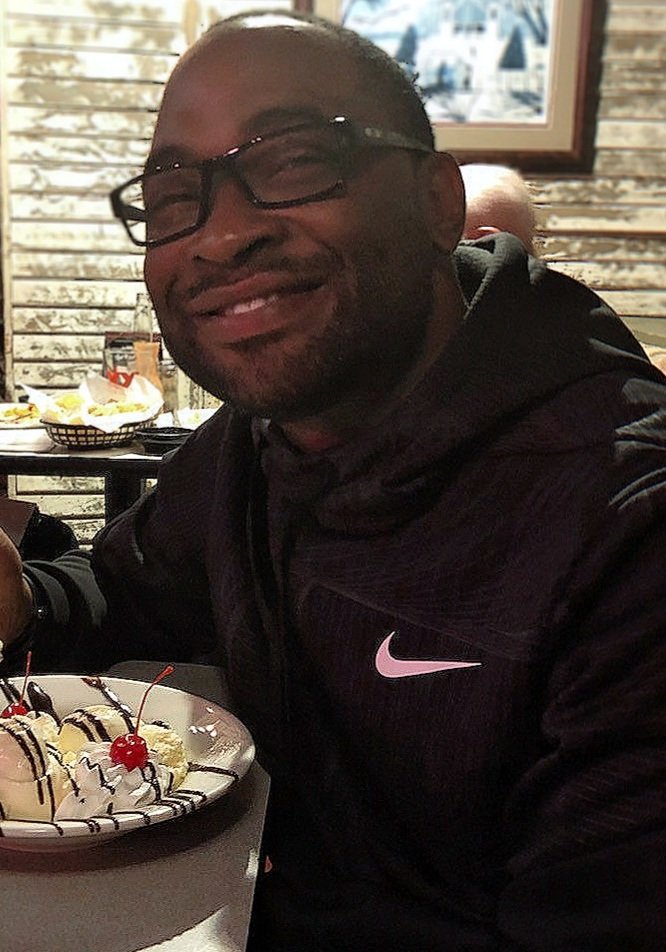 Please share a memory of Monteous to include in a keepsake book for family and friends.
View Tribute Book
Monteous Antonio Walton (Monte) was born December 7, 1974 in Antlers, OK to Sherman Hopkins, Jr. and Jeannetta Elizabeth (Walton) Fairman and passed from this life on October 12, 2020 at the age of 45. Monte grew up with his grandparents, John Douglas McIntosh and Elizabeth Marie Cannon Walton McIntosh in Antlers, OK and graduated from AHS in 1993. As a child, he was given the nickname, “Buck.” Monte moved to Oklahoma City, OK shortly after graduating from high school and had his son, Malachi. He met Staci soon after and they began their life together in Tulsa, OK. Monte worked and wore many hats at Axel-Royal (formerly called Troco Oil Company) beginning in 2000 and was a dedicated and committed member of their team until his passing. Monte cherished his wife and son and was loyal and committed to family, close friends and all the people with whom he worked. He always spoke so highly and positively about his family and cherished each and every moment with them. He was proud of his son and loved hearing his new music and was always eager to share his music with everyone. Monte loved nature and enjoyed spending time outdoors. He eagerly planned getaways and vacations for them to take together during their time off. He was an avid OU Sooners and Dallas Cowboys fan and represented these teams to the fullest. He had just begun exploring his new passion of growing medicinal plants and was proud of this new endeavor. Monte was full of life and had a joyful and generous heart, as well as an ornery streak that shined through, especially if he really liked you. His smile and quirky laugh are unforgettable as these were unique to him. He never missed an opportunity to help, uplift, and encourage others in their darkest times. His spirit and bright light will continue to shine in all of those who were blessed to know him. Monte was preceded in death by his father, Sherman Hopkins Jr. and his grandparents, Fred Raymond Walton, John Douglas McIntosh, and Elizabeth Marie Cannon Walton McIntosh. He is survived by his mother, Jeannetta Fairman and Tim Jones; his wife, Staci Michelle (Collins) Walton; his son, Malachi Walton; and many extended family members and friends. Private services to celebrate Monte’s life have been arranged by the family. In lieu of flowers the family suggests donations be made to the American Heart Association, 2227 E Skelly Dr, Tulsa, OK 74105 or to the Go Fund Me account (https://www.gofundme.com/f/memorialmonte-walton) they have set up to help Staci and Malachi with any future expenses that may be incurred. Ninde Brookside, 918-742-5556, www.ninde.com