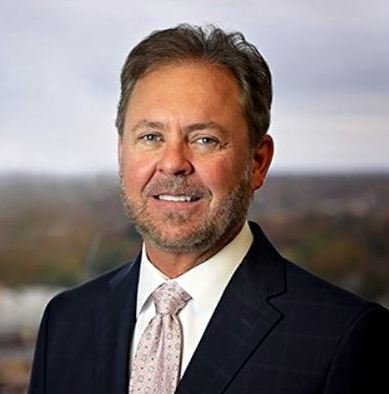 Please share a memory of Blayne to include in a keepsake book for family and friends.
View Tribute Book
Longtime Tulsa businessman and entrepreneur Blayne Robert Frieden, 58, died Oct. 24. A devoted father, Blayne enjoyed his family, socializing with his wide circle of friends, and building new businesses. He was instrumental in helping launch one of Tulsa's most popular restaurants, Amelia's Wood-Fired Cuisine. Over the years, he owned and worked for companies engaged in personnel services, marketing, commercial real estate and trucking. In the early 2000s, he was a co-owner of Personnel Consultants, a professional staffing and placement company that earned recognition by Inc. Magazine as one of the nation’s fastest-growing private companies. He also served as a marketing consultant to country duo Brooks & Dunn in the 1990s. Devoted to Tulsa, Blayne was involved in the community, co-sponsoring an annual golf tournament among friends that raised money for charity and coaching daughter Halle's basketball team when she was in elementary school. He had a loyal group of friends who enjoyed his infectious personality and readiness to help anyone who needed help. A graduate of Oklahoma State University, Blayne was born Dec. 4, 1961, to Robert and Patricia Frieden in Kiowa, Kansas. He grew up in Burlington, Oklahoma, and attended Burlington High where he was on the basketball team. He never tired of visiting his hometown farming community and looking up old friends and extended family. He was thrilled when daughter Anna produced a documentary about the town, “Burlington,” which won a Tulsa Film Festival award in the student category. He is survived by his two daughters, Anna Frieden and Halle Frieden of Tulsa; his life partner Amelia Eesley; his sister Gina Frieden and her partner Kelly Larsen of Nashville; his sister Kit Frieden Shook and her husband Phil Shook of Houston; his former wife, Stacey Chapman Frieden of Tulsa; niece Beth Shook and her husband Daniel Bleiberg of Mexico City; also his uncle Mike Cook and aunt Rhonda Cook of Alva; aunt Peggy Colson and uncle Willis Colson of Burlington; and aunt Delora Bixler of Alva. Memorial Service will be held 11:00 a.m. Saturday, Oct. 31, at PostOak Lodge & Retreat, 5323 W. 31st Street North, Tulsa. Graveside service will be 1 p.m. Sunday, Nov. 1, at Apostolic Christian Cemetery in Burlington. The family requests memorials be made to the Oklahoma State University Foundation, OSUgiving.com, or Tulsa Boys’ Home. Ninde Funeral & Cremation (918) 742-5556 ninde.com
Print
Saturday
31
October