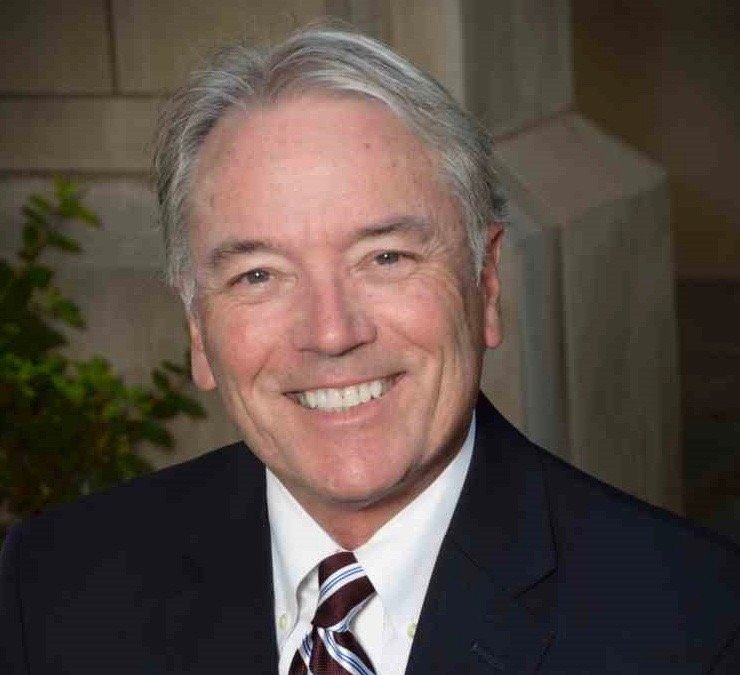 Please share a memory of Rick to include in a keepsake book for family and friends.
View Tribute Book
Ricky “Rick” Layne Spellman, 70, went to be with his Lord and Savior Jesus Christ on Saturday, October 24th. Rick was born in Portland, OR, moving to Tulsa at a young age. He graduated from Edison High School (1968), received his BBA-Finance at OSU in 1972 and his MBA from University of Tulsa in 1978. Rick had a long and distinguished career as an oil and gas landman. Upon graduation, he went to work for Texaco and found he was a natural fit as a petroleum landman. His career spanned almost five decades in Tulsa. He was actively involved with the local and national landman associations. Rick enjoyed and cherished the friendships he developed through his many years in the industry. The last nineteen years as Vice President - Land for Strat Land Exploration were some of the most fulfilling times of his career. Rick faithfully served at First Presbyterian Church, as an elder, deacon, usher among many other responsibilities he volunteered for, including numerous committee assignments. He was so humbled to serve in any capacity needed. He loved his church community, especially the Monday men’s Bible study and his small group Bible study. Rick was a man of deep faith and belief. He and Debbi loved reading and discussing the Scriptures. Rick lived his faith and shared his faith with many. He was an avid fan of college sports, especially fond of his Cowboys. Rick enjoyed the fellowship and camaraderie of the Margarita League golf group at Cedar Ridge, where he constantly worked on improving his handicap. Through golf he met many new acquaintances who became lifelong friends. Rick was preceded in death by his father, Leland Craig Spellman, his mother, Marjorie Marie Spellman, and his sister, Pam Knowlton. Rick is survived by his loving wife, Debbi; daughter, Courtney Powell; grandchildren, Haley, Julia and Tatum; and great grandchildren, Kaiden, Aurora and Hazel. Rick is also survived by his stepmother, Zana Spellman and her children, Linda Scholl and Jack McCarroll. Rick was known for his quick wit and stellar character; he was considered by all to be a true gentleman. He was a Godly man in every sense of the word. Rick was blessed to spend his life with someone who adored him and thought he hung the moon. A celebration of Rick’s life will be held at 1:00 p.m. Saturday October 31, 2020 at First Presbyterian Church. Those who would like to view the service, can livestream using the following link: www.LiveStream.com/FirstChurchTulsa Donations may be made in Rick’s memory to Helping Hands Pantry at First Presbyterian Church, 709 S. Boston Ave, Tulsa 74119 (firstchurchtulsa.org/give) and Clarehouse, 7617 S. Mingo Rd, Tulsa 74133 (clarehouse.org/donate). Ninde Funeral & Cremation (918) 742-5556 ninde.com
Print
Saturday
31
October