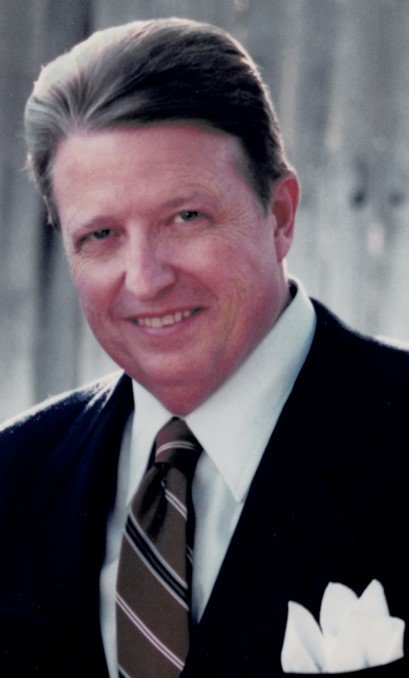 Please share a memory of Robert to include in a keepsake book for family and friends.
View Tribute Book
Robert Griffin Hunt (“Bob”), a long-time Tulsa resident was born July 26, 1930 in Little Rock, Arkansas to Daniel Edward Hunt, Jr. and Thelma Hunt. Bob passed away peacefully in his sleep early on Saturday morning November 14, 2020 at the age of 90. It should be noted that he had recently won the battle with Covid-19 through the excellent care he received at St. Francis Hospital in Tulsa. When he was a child his family moved from Little Rock to Tulsa where he attended public schools to include Central High School in 1948. Upon graduation he attended the University of Oklahoma where he also became a member of the Sigma Alpha Epsilon Fraternity. He later became a member of the SAE Founder Member Society in 2010. Upon graduating from OU, he was commissioned as a First Lieutenant in the United States Army Reserves in 1954. He entered OU law school that same year. Bob became president of his law school class and graduated in 1957. He passed the Oklahoma Bar shortly thereafter. Bob worked his entire career at Cities Service Oil Company as a corporate attorney. Cities Service later became CITGO. It has also been rumored that Bob was involved in getting the CITGO sign installed outside the ‘Green Monster’ at Fenway Park in Boston. Bob was a very caring and charitable citizen of Tulsa. He served on the board of Gilcrease Museum. He has been a director of the Campbell-Lepley-Hunt Foundation for many years. In 2011 he and Joan received the Founders Award for the Tulsa Opera. He and Joan volunteered much of their time at many other organizations to include Montereau and Laureate Psychiatric Clinic and Hospital. Other interesting facts about Bob included his ability to read, write and speak Latin, he wrote for the Law Review, he was an avid and very good golfer, he was well traveled with his job at Cities Service and with his wife, Joan and he was instrumental in getting the Columbarium built at Asbury Methodist Church. Bob is survived by his wife of 35 years, Joan Lepley Hunt; his two children and their families: son, Daniel Edward Hunt and his wife, Evan Elizabeth Hunt, their sons, Daniel Phillips Hunt and Robert Spencer Hunt; his daughter, Shelly Cecille Hunt and her two sons, Michael Griffin Maxwell and Robert Graem Maxwell; and his best four-legged friend, Andy, a 6-year old poodle mix. Bob was preceded in death by his parents, Daniel Edward Hunt, Jr. and Thelma Hunt and his half-brother Daniel Savage. A memorial service will be held 11:00 a.m. Friday, November 20, 2020 at Asbury Methodist Church, Mason Chapel. Friends may contribute in Robert’s memory to the Montereau Charitable Funds at www.montereau.net, Asbury Methodist Church at www.asburytulsa.org or to their charity of choice. Ninde Funeral & Cremation (918) 742-5556
Print
Friday
20
November