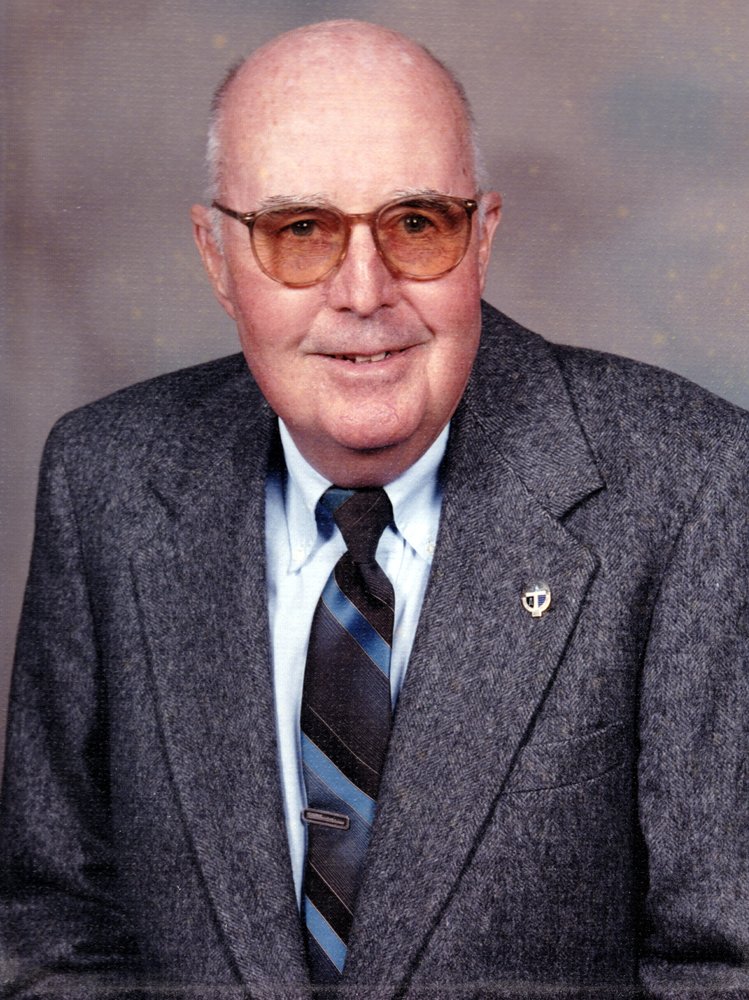 Please share a memory of Edward to include in a keepsake book for family and friends.
View Tribute Book
Edward Francis Rice, Jr. was born January 5, 1928 in Tulsa, OK to Edward Francis Rice, Sr. and Marion L. (Rhodes) Rice and passed from this life on November 30, 2020 at the age of 92. Ed graduated from Field Kindley Memorial High School in Coffeyville, Kansas, and enlisted in the Army, serving in Korea prior to the Korean Conflict. He then married his high school sweetheart, Claudia. Ed wore many hats in his lifetime. He was a police officer in Tulsa and Lubbock, TX, a deputy sheriff in Tulsa, a home builder, and retired as the Chief Residential Building Inspector for the City of Tulsa. His favorite hat of all, though, was his fishing hat. How Ed loved to go fishing to catch crappie and bass. He and Claudia and their Chihuahua, Tracker, also travelled the country in their travel trailer. Edward was preceded in death by his parents; his wife of 70 years, Claudia Nelle “Jil” (Grove) Rice; his son, Chris Alan Rice; and his brother, Carlton Rice. He is survived by his daughter and son-in-law, Cindy & Jerry Rose. Edward will lie in state from 10:00 a.m. to 8:00 p.m. Tuesday, December 8 at the Ninde Brookside Funeral Home and his funeral will be held 10:00 a.m. Wednesday, December 9 at the First United Methodist Church, 1115 S. Boulder. He will be interred at Restlawn Memorial Park in Coffeyville, KS. Ninde Brookside, 918-742-5556, www.ninde.com.
Print
Tuesday
8
December