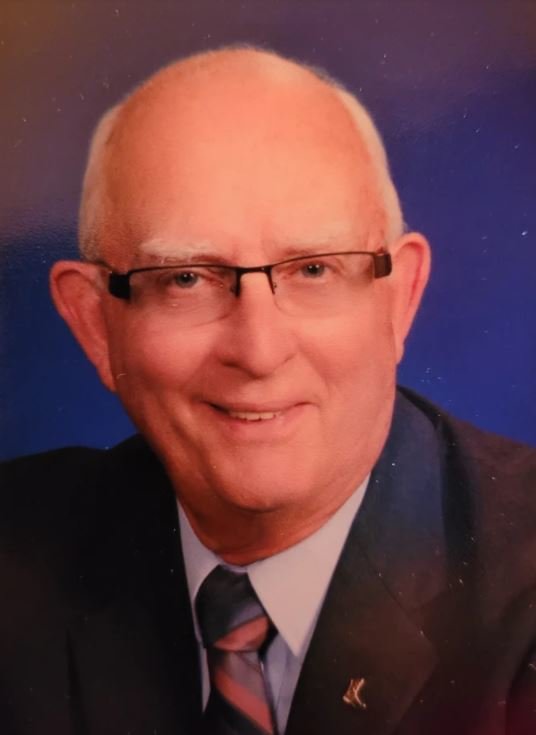 Please share a memory of Rodney to include in a keepsake book for family and friends.
View Tribute Book
Rodney Cecil Replogle, 79, of Owasso, passed away peacefully at home with family on December 2, 2020. Rodney C. Replogle was born on June 11, 1941 in McAlester, OK to Fred and Donnell Replogle. He attended McAlester schools until his graduation in 1959. During his senior year, a decision was made regarding his career path. He asked his mom what he should do, Pastor or Teacher. She told him that he could touch more lives teaching and so that is what was done. After graduation, he continued his education at Oklahoma State University, where he played football until graduation in 1963 with a B.S. He received his Master’s degree from Northeastern State University. Rod married JoAnne Mohr on September 7, 1963 in Henryetta, Oklahoma. Teaching, Coaching, and Athletic Training were his mission field. He taught and coached at various schools in Oklahoma for 35 years. Teaching responsibilities included Biology, Anatomy/Physiology, Psychology, Physical Science and PE. He coached Football, Basketball, Wrestling, Tennis, Swimming, and Golf. In 1972, he helped coach the Nathan Hale Rangers football team to a State Championship. A Licensed Athletic Trainer in the state of Oklahoma with a member number of 9, Rod was hired by Owasso Public Schools in 1979 as their First Full-Time Athletic Trainer. From there, he started one of the first Athletic Training programs for high school students. This program graduated students with college scholarships. Coach Rep also started the first Fellowship of Christian Athletes organization at Owasso, along with Doc Blevins. At one time they had over 200 participants. He absolutely loved his professions and did it with a servant's heart. If you ever had contact with him, you either Loved or Hated him. The one thing I know was that he Loved all of you no matter what you did or thought. The lives Coach Rep touched are immeasurable and include students, athletes, coaches, parents, athletic trainers, sports personnel and anyone else who spoke to him. In 1981, Coach Rep started a tub repair business, known as “Rep-Tile.” He went to school in Houston and learned how to repair cracks, chips, holes, and reinforce floors of tubs or showers. It was a part-time job until his retirement from teaching in 1997. At that time, “Rep-Tile” became a full-time job. Adding to what was already being done, he started doing warranty work for Kohler, Jacuzzi, Jetta, and American Standard. Rod loved working with his hands, but more than that was the people he met along the way. Rod enjoyed hunting, fishing, and playing golf when work allowed him to do these things. He Loved hunting and fishing with Coaching buddies and family. Many days and nights were spent on the lake or in a duck blind enjoying life. Golf was a different story due to a Love/Hate relationship. We don’t know how many clubs were broken or cuss words expressed on the course, only his golfing buddies know. Golfing trips were also a part of his adventures. Rod was an active member of First United Methodist Church of Tulsa, where he taught Sunday school. He also taught Sunday school at Grace United Methodist Church. He nicknamed his class at Grace, “His Sponges,” because they soaked up everything he gave them. Coach Rep’s teaching was endless and everyday was a learning experience. Rod was a member of the Oklahoma Athletic Trainers Association, Mid-America Athletic Trainers Association, Oklahoma Coaches Association and Fellowship of Christian Athletes. Rod participated in the All-State and Oil Bowl Games, played football at OSU, and played/coached Semi-Pro Football in Oklahoma. As an Athletic Trainer, he participated in 3 years of trips with the “Sooner Stampede.” Going to Russia, Australia, and Hawaii. Multiple years of being an All-State Trainer and helping with the OU Athletic Training Camps. He was inducted into the Oklahoma Coaches Association Hall of Fame, Oklahoma Athletic Trainers Association Hall of Fame, and Fellowship of Christian Athletes Hall of Fame. Rod is preceded in death by his parents Fred and Donnell Replogle and in-laws Dr. and Mrs. Charles A. Mohr, Jr. Rod is survived by his wife, JoAnne Replogle of 57 years. Daughters, Janell Lundgren and husband Cord, Jamie Moore, and Jennifer Warner and husband Zac. Grandchildren, Haylee Hughes and husband Dalton, Hayden Moore, Drue and Dylan Warner. Visitation with family in attendance will be Thursday, December 10th, 4:00 to 8:00 pm and Friday, December 11th, 11:00 to 4:00 pm at Ninde Funeral Home, 3841 S. Peoria, Tulsa. Private family services will be held Monday, December 14th at Rosehill Cemetery. Memorials may be given to Fellowship of Christian Athletes, P.O. Box 700401, Tulsa, OK 74170.
Print
Thursday
10
December