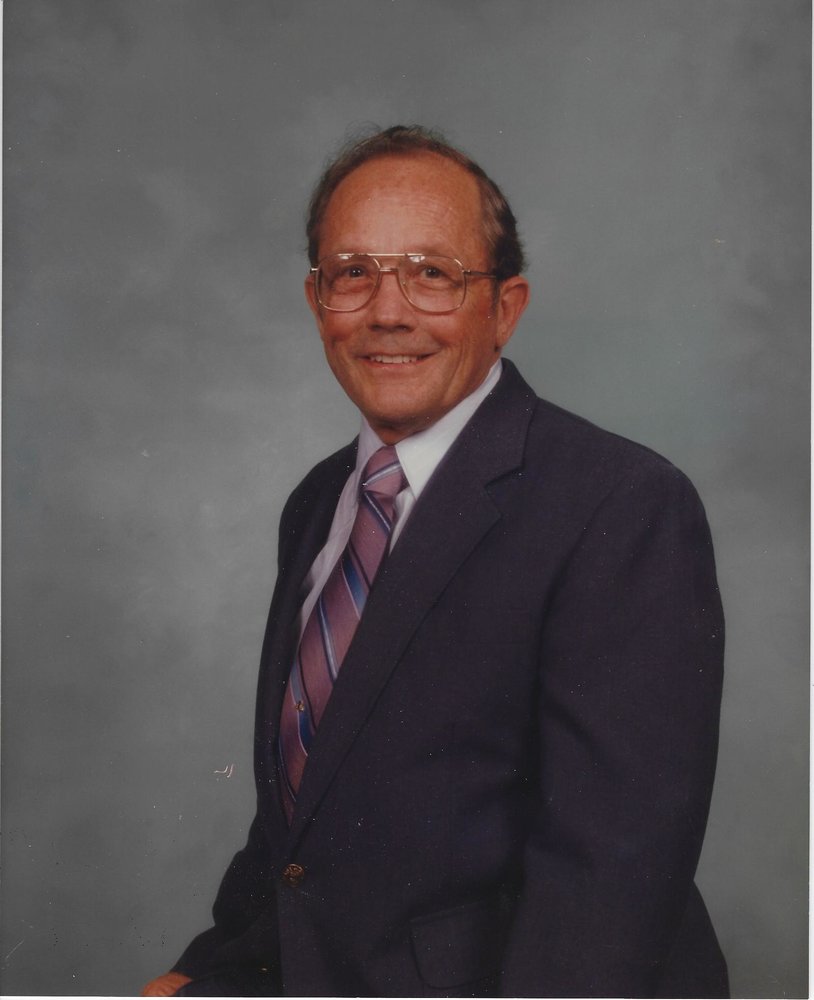 Please share a memory of Damon to include in a keepsake book for family and friends.
View Tribute Book
Damon Ray Johnson was born to Damon Amzire Johnson and Ida Lou Goodner Johnson in Edmond, OK, on 10 July 1925. By the time he was old enough to remember anything, America was in the throes of the Great Depression, and Oklahoma was being decimated by the Dust Bowl. Ray (as he was known for all his life) grew up in hardship on a small farm near Edmond. He completed High School in Edmond in 1943. World War II was already underway so, Ray enlisted in the U.S. Navy and was sent to the Philippines, where he served until war’s end. He epitomized everything that is truly great about “The Greatest Generation.” After the war, Ray enrolled at Oklahoma A&M (now OSU), and earned a degree in Mechanical Engineering, specializing in Refrigeration & Air Conditioning. While in college, he met and married the love of his life, Donna Mae Knox. Afterward, he obtained employment as an estimator for a roofing and construction company. Ray and Donna lived a little more than a decade in Wichita, KS, and in 1966 he bought Empire Roofing & Insulation Co., Inc. in Tulsa and moved back to Oklahoma for good. Ray “retired” in 1982 but continued consulting and traveling for the roofing industry for several more years, until his failing eyesight made travel and work too difficult. Donna preceded him to glory in 2009. Ray spent his remaining years blessing his children and grandchildren, until he entered heaven on 2 December 2020. He is survived by two sons, Clifford (Charlotte) Johnson and Phillip (Darlene) Johnson; a daughter, Bonnie (Randy) Freeland; ten grandchildren, David Johnson, Jennifer (Ricky) Lee, Sarah (Kirk) Wells, Jeremiah (Tiffany) Johnson, Jedidiah (Anne) Johnson, Jonathan (Susi) Johnson, Chris (Kari) Freeland, Blake (Katie) Freeland, Justin (Samantha) Miller, Jeff Miller; and several great-grandchildren and great-great-grandchildren. He was full of love for all of us, and he and all the memories he gave us remain beloved by us.