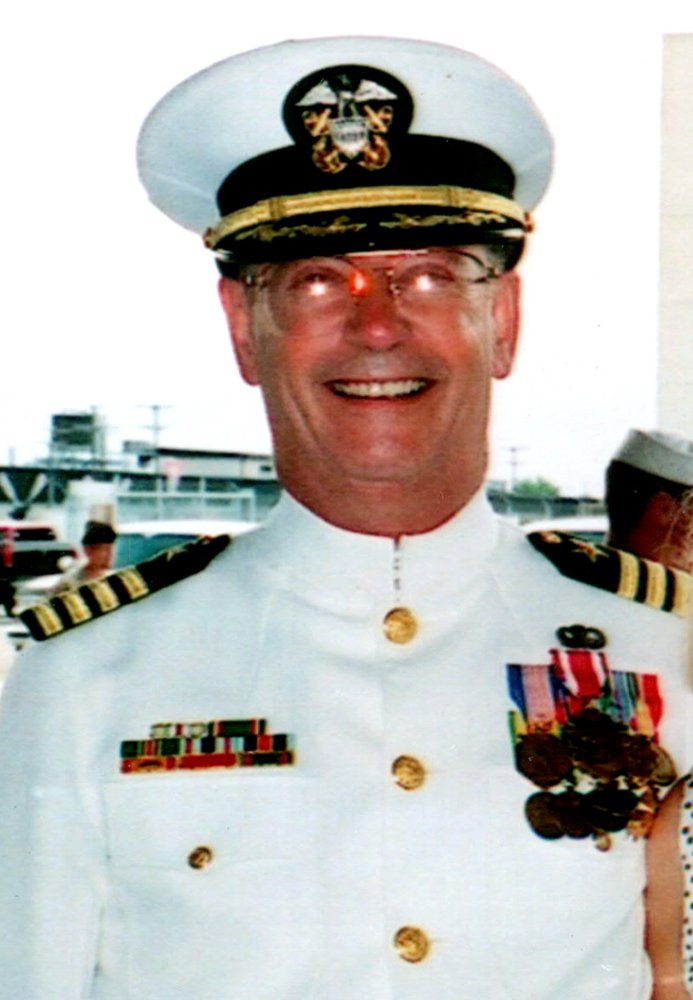 Please share a memory of Captain Thomas to include in a keepsake book for family and friends.
View Tribute Book
Capt. Thomas Hearne Verdel III (USNR, Ret.) was born on December 16, 1942 in Florence, South Carolina to Thomas Hearne Verdel, Jr. and Dorothy (Drumwright) Verdel. He passed from this life on December 12, 2020 at the age of 77 in Tulsa. Tom was born into a family with a long military tradition that he continued by joining the U.S. Army in 1964. He served with distinction in the Vietnam War and was awarded commendations for heroism including the Soldier’s Medal and three Bronze Star Medals. He resigned his commission in the Army as a Captain in 1972. In 1977, Thomas rejoined the military as an officer in the U.S. Navy Reserve. He spent another 24 years with the Navy, largely serving in Naval Intelligence and including a stint in the Gulf War, until he officially retired as a Navy Captain in 2001. Beyond his military service, Thomas was also an academic. He attended the Citadel, Vanderbilt University, Georgia Tech, and the University of Oklahoma. Along the way he learned to speak German, Russian, and French, and he had particular interests in history and culture. He first earned a B.A. in Political Science, but, after returning from the Vietnam War, Tom discovered his love of design and architecture, earning a B.S. in Environmental Design and an M.S. in Architecture. He utilized these talents during a multi-decade career as an architect with the U.S. Army Corps of Engineers in Tulsa. Tom had a life-long passion for music, especially ragtime, and became a proficient watercolor artist after his retirement. He loved railroads and traveling, and he was happiest when he was enjoying good food, good wine, and especially a good conversation among family and friends. He cared deeply for his wife of 49 years, was a devoted father to his two sons, and was a loyal supporter of his many friends, colleagues, and brothers-in-arms. Later in life, Tom battled a number of medical issues, and he fought the good fight until the end. His demeanor always reflected contentment and happiness, and his outlook was eternally optimistic. Preceded in death by his parents, Tom is survived by his wife, Sharon Kay (Bernardi) Verdel, and his sons, Charles Steven Verdel and Thomas Wesley Verdel. A private memorial service will be held post Covid-19. In lieu of flowers, the family suggests donations be made in Tom’s memory to Wounded Warriors. Ninde Funeral Directors, Brookside Chapel, 918-742-5556.