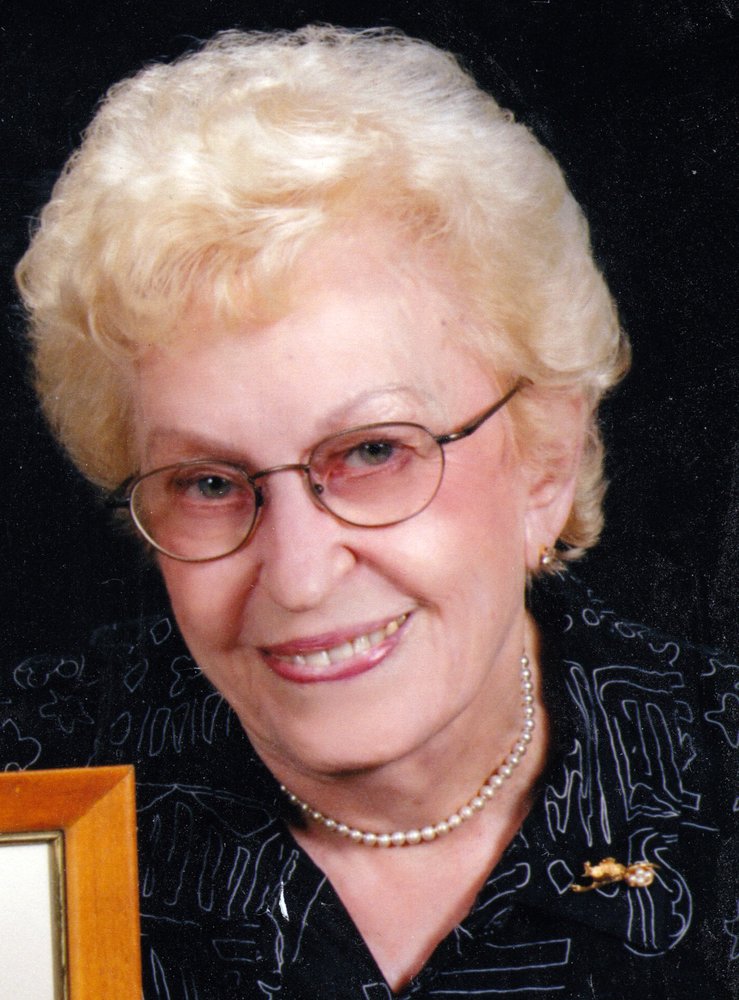 Please share a memory of Gladys to include in a keepsake book for family and friends.
View Tribute Book
Gladys was born in Clarita, OK on April 22, 1921 and was the 10th child of twelve born to her parents. She grew up on a farm and attended elementary and high school at Clarita before attending East Central State University to receive her B.S. degree in Education. She accepted her first teaching job in Tupelo High School in 1941 after she was needed to replace a man who was drafted into service due to the declaration of World War II. Gladys eventually graduated from East Central in 1947 with a B.S. in both Business and English, but it was bittersweet; that same year her father died in a train/car accident. She went on to get an MBA from the University of Oklahoma and eventually continued her education at Northwestern University in Evanston, IL for advanced business training. She also studied at Oklahoma State University and Tulsa University to continue learning all she could in the areas she had the most passion for—business and administration. In 1961 Gladys met the love of her life—Harry Whetstine….they were happily married until his passing on April 29, 2003. They were true partners and supported each other in every aspect of their lives. Gladys spent a total of 42 years in Tulsa Public Schools with the last 9 in administration in the Education Service Center. Webster High School always had a special place in her heart as she spent many years teaching business there and made many lifelong friendships with both students and teachers. In her later years, many students called to check on her, take her to dinner, celebrate birthdays, sent cards, and just continued to show the love and respect they had for Gladys. They meant the world to her!!! Some of Gladys’ many hobbies were traveling, needlework, watching the Dallas Cowboys, and talking on the phone!!! It was not unusual to hear a busy signal when you called her! Gladys received numerous honors and awards over the years….she was chosen “Educator of the Year” at East Central College and also received the “Ambassador” Merit in Management which made her the first woman in Oklahoma to receive the honor. She was also State President of Oklahoma Business Education Association. Positions of Civic Leadership included serving on the Board of Directors at Tulsa Teachers Credit Union for many years and also serving as Chairman. She was an active member of Retired Teacher’s Association, and wrote many letters and made many phone calls to politicians over the years in support of Public Education—she was a true advocate. She was a long time member of Alpha Delta Kappa, a teacher’s sorority that focused on altruistic endeavors. She was a lifelong member of Boston Avenue Methodist and attended faithfully until her physical ailments interfered, but she continued to watch the online services. Her faith was extremely important to her and she loved her church family dearly. She is survived by several nieces, nephews and cousins as well as hundreds of friends and neighbors who she treated like family. Her greatest joy was to have someone visit, get a phone call or a card from her friends; she always wrote the most beautiful handwritten messages when corresponding with others. She was the epitome of a “people person” and could often be found chatting with strangers wherever she went…often ending up as friends!!! She was predeceased by her father and mother, James Edgar & Martha Eleanor Collins as well as 11 of her siblings. She has lost many dear friends over the years, and cherished the life of each one. She lost one of her best friends, Penny, a dachshund on January, 2021. Gladys and Penny spent many years together but were reunited when Gladys passed away. Gladys lived a long and fruitful life, and touched many along the way. She truly left the world a better place. A visitation will be held 5-7PM Thursday and funeral 2:00 P.M. Friday both at Ninde Brookside Chapel. A private interment will be held at Memorial Park Cemetery.
Print
Thursday
4
February