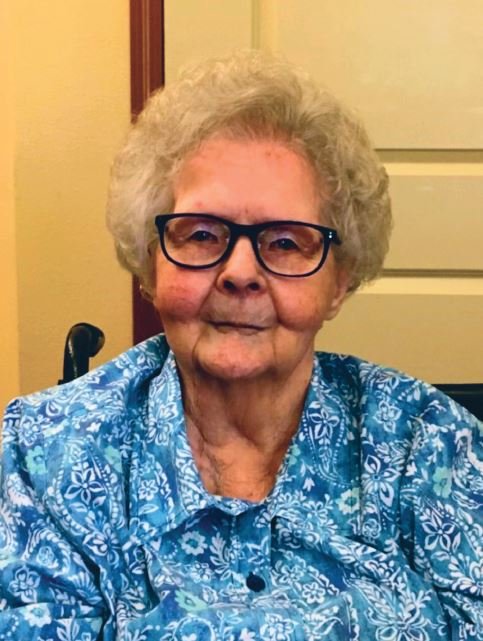 Please share a memory of Betty to include in a keepsake book for family and friends.
View Tribute Book
Betty Frances (Heidinger) Whitlock passed away January 27th, 2021 peacefully with her daughter, Joyce Ann by her side in Flower Mound Texas where she had lived the last 6 years of her life. Betty was born July 29, 1926, in Tulsa, to Helen Louise Edmunds and Cornell Heidinger. She had one younger sister Molly Joan. Betty graduated from Tulsa Will Rogers HS Class of ’44. Then attended William Woods University and Tulsa University where she was a member of Tri Delta sorority. She met Don on a blind date and knew that night she would marry him, and they did marry on January 28th, 1950. After Don graduated Kansas City Dental school in 1955, they moved back to Tulsa and they started a successful Dental practice. They happily adopted Joyce Ann and soon after Douglas Keith was born. In 1963 they also bought “the Farm” in Broken Arrow where many played “cowboy” on the weekends. Through the years, Betty along with her best friends Betty, Dot, Patsy and Tonja would throw the best 4th of July parties. Many families(The Oliver’s, Mullen’s, Tipton’s, Kilgore’s, Mayfield’s and Fourcade’s) and friends(Mary Ann Holbrook, Terri Brunoldi and Lola Cox), looked forward to home fried chicken, along with mom’s homemade potato salad, ice cream(custard) and the big fireworks display that included the famous Parachute Run we still talk about today! Betty enjoyed a few family vacations to Casper, Wyoming to visit her only sister’s family. We have great memories of my Aunt Molly and cousins gathering around Uncle Marlin while he entertained us with his guitar and singing county music. She enjoyed working the Will Rogers HS reunion hospitality suite with her childhood best friend Eunice Shupp. Betty’s greatest happiness was being a mom, until she became a grandmother to April and Amber-nothing brought her more joy than spending time with them. Betty and Don were charter members of the Kirk of the Hills Presbyterian Church, we can truly say Betty Whitlock had a life well lived. Betty was preceded in death by her husband, Don, her son Doug and her sister Molly Joan Smith and her husband Marlin Smith. She is survived by her favorite daughter (ok only daughter) Joyce Ann Whitlock; granddaughter April Belanger, her husband Stephen and their son Cole Douglas; granddaughter Amber Weatherford, her husband Michael and their daughter Ava Leigh and arriving in just a few weeks, little sister Rylee Grace. Betty is also survived by her niece Molly Smith George her 2 children and 3 grandchildren, nephews Steve Smith, his wife Dixie their 2 sons and grandson; Shane Smith, his wife Suzy and 2 children and 2 grandsons; and Mike Smith. At Betty’s request several years ago, instead of a funeral there will be a celebration of life at a later date. Little did she know how much we all will need this party when the COVID-19 Pandemic is under control. Memorial donations may be made to Alzheimer Association.