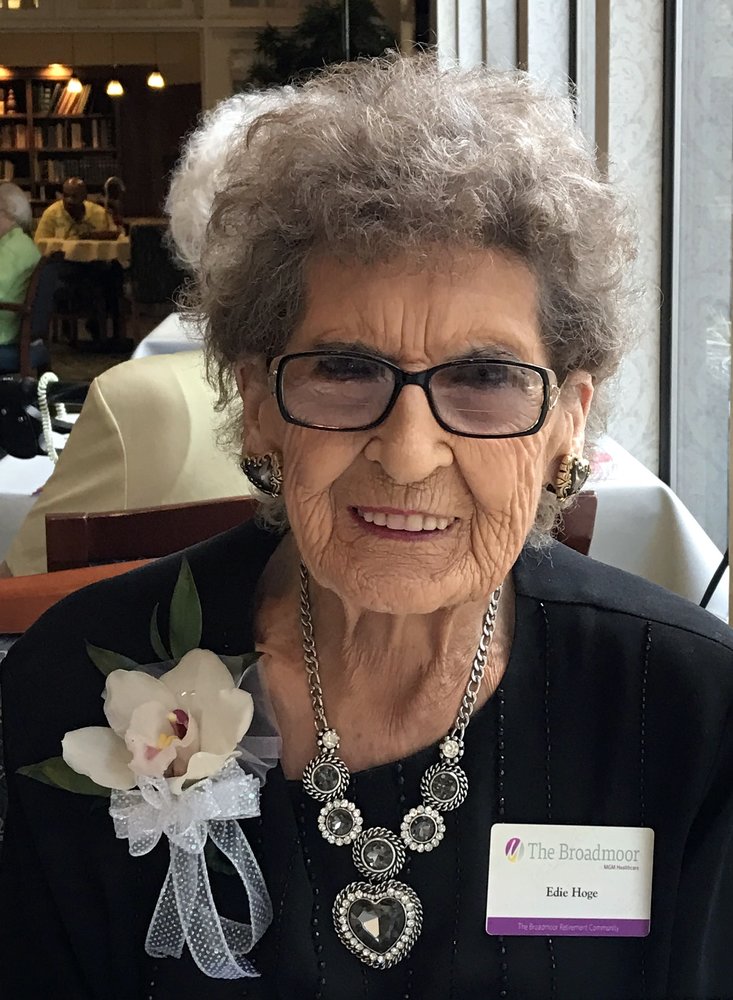 Please share a memory of Edna "Edie" to include in a keepsake book for family and friends.
View Tribute Book
Edna “Edie” Alberta Hoge Edna was born in Molt, MT to Conrad & Eerie Borg and passed away Friday February 5, 2021 at the age of 100 in Tulsa, OK. Edie was preceded in death by her parents; her husband of 62 years, William “Bill” Vicors Hoge; her son, Leigh Hoge; 3 sisters; and 1 brother. She is survived by son and daughter-in-law, Larry & Sandy Hoge; 7 grandchildren; and 4 great grandchildren. Edie worked for the government during World War II and met her husband who was stationed in Brazil at the same time she was. After their service they moved to Tulsa where she raised two boys, Larry and Leigh. She was involved in school activities and Cub Scouts. She and Bill were lifelong members of Westminster Presbyterian Church. Edie loved to travel; she and Bill visited each continent and had a lot of adventurous trips including Antarctica twice, the Galapagos Island. She was always glad to tell about square dancing on the Great Wall of China. Edie loved square dancing, belonging to several clubs and was honored by the National Square Dance Association for her contribution to square dancing. Edie was loved and admired by everyone that met her and she will be deeply missed. Memorial service 2:00 p.m. Saturday, February 27, 2021 at the Ninde Brookside Funeral Home Chapel. The service will be livestreamed at https://www.facebook.com/Ninde-Funeral-Cremation-301448129872562 Ninde Brookside, 918-742-5556, www.ninde.com
Print
Saturday
27
February