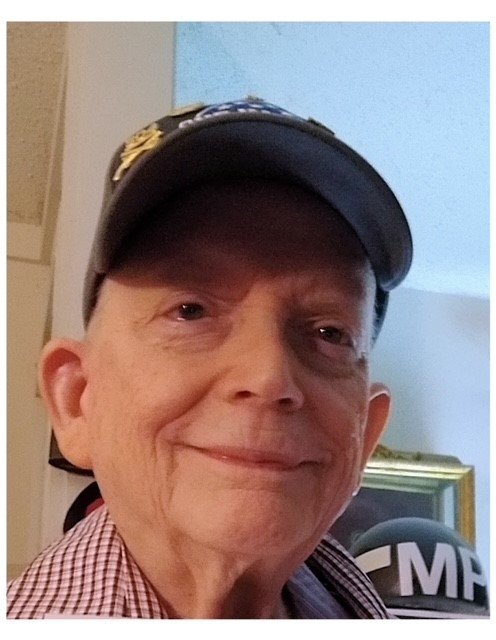 Obituary of Dean A. Hodgdon

Please share a memory of Dean to include in a keepsake book for family and friends.
View Tribute Book
Dean Austin Hodgdon, age 79, went to be with our Lord on Thursday, February 18, 2021. He is survived by his wife of 48 years, Jill Elzey Hodgdon of Tulsa, his sister, Ruth Ann Mowry of Katy, Texas, nieces and nephews: Andre Chenault, Debbie Trapp, Lisa Batson, Deanna Middleton, Kelli Mowry-Durondeau, and Wendy Mowry. He also leaves behind three great-nieces: Kylie Mowry, Brittany Rutherford, and Megan Middleton, two great-nephews: Braedon Mowry and Landan Mowry, and two great-great-nieces: Ellie Middleton and Merritt Rutherford. He is preceded in death by his parents, Carl and Virginia Hodgdon of Tulsa, grandparents George and Pearl Deane Stowell of Tulsa, and his uncle, George Stowell of Claremore. Dean was born to Carl and Virginia Hodgdon on Nov. 8, 1941 in Tulsa, OK and grew up on the north side of Tulsa (Pine & Boston). The Hodgdon family spent a couple of years in Arlington, Texas, but fate brought them back to Tulsa where Dean resided for the rest of his life. He graduated from Central High School in 1959 after which he first worked for his father as a ticket agent at a little bus station at 4th & Denver for a few months and then went to work for Flint Steel Corp. In May of 1967, he was drafted into the United States Army and served as a military policeman with the 504th Division in Vietnam. Dean felt like the Army was the best thing that could have happened to him at that time and learned a lot. He spent a year in Vietnam where he found God and Jesus Christ. Sadly, after his discharge in December of 1968, his faith in God and Jesus Christ was set aside. He went back to work at Flint Steel shortly thereafter where he met Jill Elzey who also worked for Flint. They were married August 4, 1972 in an intimate ceremony at Dean’s mother’s house with family and a few close friends. He was very blessed with great in-laws, Lloyd and Nola Elzey, who took him to Immanuel Baptist Church where he was baptized and gave his life to God and Jesus Christ. The Lord placed many people in Dean’s life who made an impact and further strengthened his faith. One of his first mentors was June Manawa who, along with Lavelle and Atsako Beaty, owned Steel Detailing and hired him as a draftsman detailing AT&T radio relay towers out of his home office. Dean said he never worked so hard! After Steel Detailing closed in 1991, Dean was asked if he would like to go to work for Tulsa Heaters, Inc., and he said "YES!!!" before the caller could finish the sentence. What a blessing it was for Dean to go to work for Dan & Marilyn Loveless! After Dean retired from Tulsa Heaters in 2011, he greatly enjoyed his retirement working on all his hobbies and being active in his church, Ranch Acres Baptist Church. He always joked that he was busier being retired than when he worked full time! Dean said that God has always worked in his life, but he just never realized it until he was much older. He counted several blessings: a great Church and Pastor, his adoring sister and her family, his Church family, and his loving wife Jill and her family. To know Dean was to absolutely and completely love him! He was a great mentor to many and a beloved father-figure to his Texas nieces and nephews. He was kind and soft spoken with a great sense of humor. He always looked for ways to help people and never hesitated when asked for help. He worked hard and always kept his word. They do not make them like Dean anymore. He is deeply loved and greatly missed by his family, and our hearts are broken into pieces, but we find comfort in the fact that he is in Heaven now being held by Jesus and God, along with those who preceded him in death. In lieu of flowers, please consider a donation to Ranch Acres Baptist Church in Tulsa, Oklahoma. Services will be held at Ranch Acres Baptist Church on Wednesday, February 24th at 2:00pm and will also be broadcast live on the Ranch Acres Baptist Church Facebook page. lieu of flowers, please consider a donation to Ranch Acres Baptist Church in Tulsa, Oklahoma.
Print
Wednesday
24
February