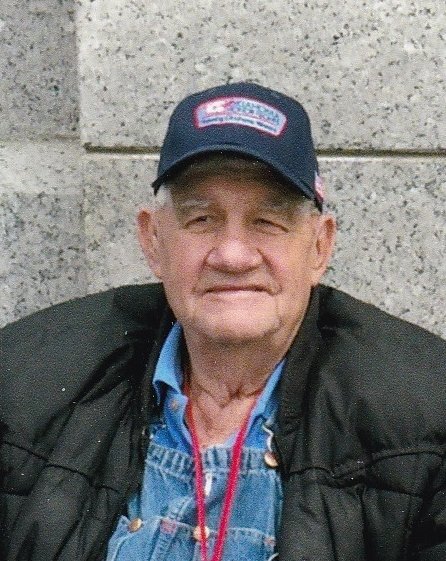 Please share a memory of Raymond to include in a keepsake book for family and friends.
View Tribute Book
Raymond “Jerb” Jordan was born in Jenks, Oklahoma on April 13, 1927 to D. C Jordan and Sadie (Wasson) Jordan. Raymond passed away at St. Francis Hospital in Tulsa, Oklahoma on February 24, 2021 at the age of 93 surrounded by his family. At age 17 he wanted to serve his country and asked his mother to sign for him to go. She agreed to but he had to promise her if he made it back he would finish High School. He enlisted into the Navy on April 25th, 1944 and served on the USS Shipley Bay (CVE-85) as a Seaman First Class. Upon returning he made good on that promise and enrolled at Jenks High School where he played several sports, football, baseball, basketball and he lettered in all three. After his graduation he married Betty (Parker) Jordan in 1949. They were married for sixteen years and together they raised their three children, Georgia, Lucky and Judy. He retired from YUBA Heat and Transfer where he held many positions from a Machinist to Parts Room Supervisor throughout the years. He was a volunteer firefighter for over 30 years for the City of Jenks, where he also served as Fire Chief. In 1984 he married Lea Dorris in Tulsa, Oklahoma. They worked side by side for many years in property management. They lived a life together filled with love, respect and caring for each other. Raymond loved OU football and the Jenks Trojans, he kept stats for the High School Football team for over 30 years. He enjoyed being outdoors, going fishing and hunting. He liked cooking and was quite good at it. As a hobby he enjoyed making cedar chests for family and friends. In his later years he spoke at Churches and Schools about his experience in WWII. He had the privilege to go on two Oklahoma Honor Flights, the last one being accompanied by his daughter Georgia. He was so very proud of his children, grandchildren and great grandchildren and made his love for them known. He proudly served his country, but above all he was a strong man of faith and he loved the Lord. Raymond was preceded in death by his parents D. Clinton Jordan and Sadie (Wasson) Jordan, 4 brothers, Cecil, Kenneth, Clarence and George and 2 sisters, Mildred and Norma. His wife, Thelma “Lea” , and his son Raymond “Lucky” Jordan He is survived by his daughter Georgia Pack and husband Kenny, daughter Judy East and husband Brian, Daughter-n-law Kathy Jordan. Step-children Sandra Cisco and husband Dan, Deborah Kelly Hester and husband Cecil, Richard Miller and wife Laurie, Kathy Cramer and husband Steve. And numerous grandchildren, great grandchildren, nieces and nephews.
Print
Wednesday
3
March