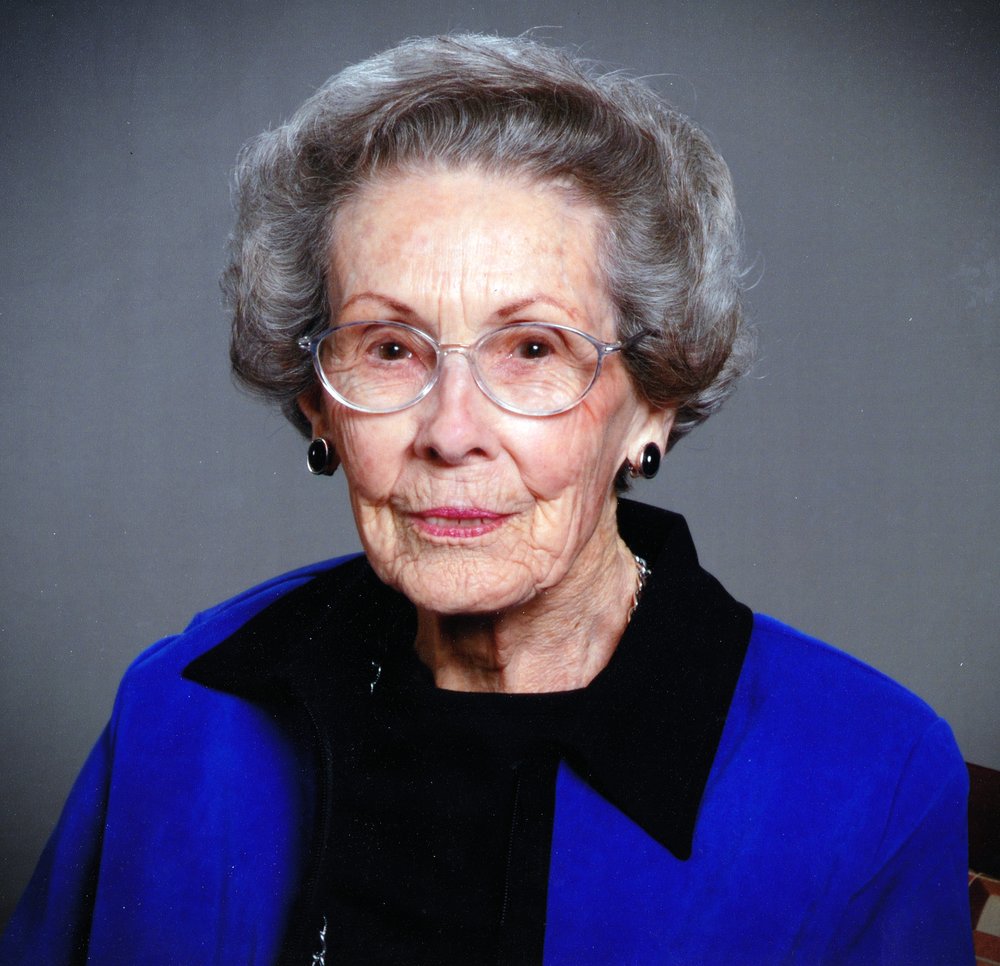 Please share a memory of Barbara to include in a keepsake book for family and friends.
View Tribute Book
Barbara Jean (Houck) Sowers was born September 18, 1927 in Norman, OK to Cecil & Edith (Berryman) Houck and passed from this life on April 14, 2021 at the age of 93. Barbara obtained her bachelor’s degree from the University of Oklahoma where she met and married Howard Michael Sowers on January 26, 1949. They were married 58 years until Howard’s death on January 31, 2007. They were longtime members of Trinity United Methodist Church until its dissolution. Barbara was an outstanding seamstress and homemaker. Later in life she worked as a tax preparer and office manager at H & R Block and then for a local CPA firm. After they retired they loved to travel and went many different places. Preceding her in death were her parents and husband. She is survived by her daughter, Cecily Swearengin, of Broken Arrow; her son, James Michael Sowers, of Ft. Myers, FL; 5 grandchildren and 5 great grandchildren. A warm thank-you is extended to all at Brookdale Tulsa South who helped care for her the last 10 months. A graveside service, at Memorial Park Cemetery, will be held at 11am Wednesday April 28 for friends and family. In lieu of flowers donations may be made to Restore Hope Ministries or a charity of your choice.
Print
Wednesday
28
April