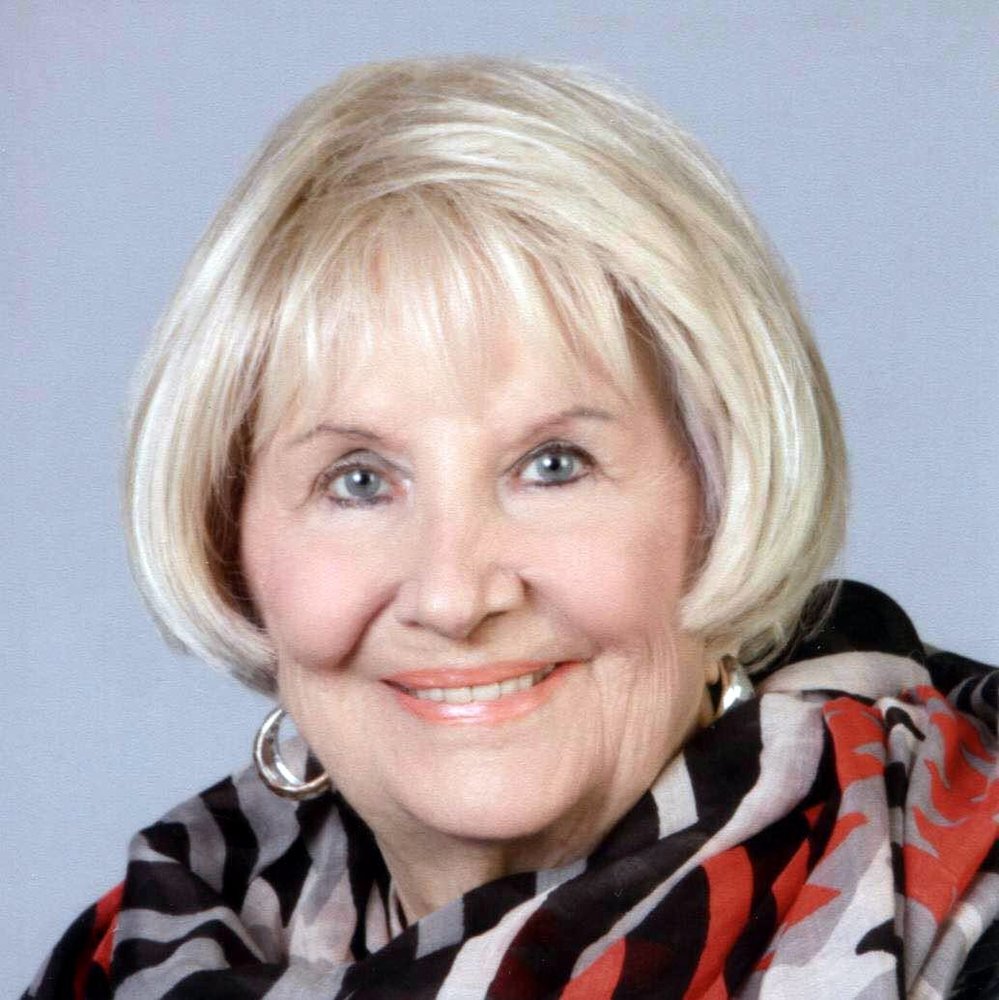 Please share a memory of Charlotte to include in a keepsake book for family and friends.
View Tribute Book
Our beloved mother Charlotte passed from this life to the next one last night, April 27. She was almost 96 years old. Mom was born Mary Charlotte Ragon in Saginaw. MI on May 22, 1925 in the middle of the Roaring Twenties. She absorbed the glamour of that era in those formative years and never let it go, despite the Great Depression and WWII. In 1949 she married our father, Herman Aston Jones in Ft. Worth, Texas. Her first child, David was born in 1950, followed by daughters Ann (1953) and Margaret (1959) all of whom survive her. The theme of our mother’s life was change and resilience. She often spoke of her conversion to Christianity as a young woman and shared her unselfconscious love of God with her children and with all who knew her. She saw nearly 100 years of history that included a worldwide economic depression, a world war, and a worldwide pandemic. She lived all over the country including Los Angeles, Albuquerque, Omaha, West Virginia, and Texas, but she always called Oklahoma home. She reflected the social changes taking place around her, starting with her work career in Ft. Worth as the personal secretary to the CFO of the Sid Richardson Oil Company, and ending it as the National Sales Manager of a national health food distributor – an outstanding accomplishment for a woman of her generation. Her retirement was happily spent with her husband, Joe Campbell of Pryor, OK, to whom she was married for 13 years, most of which was spent in Florida. As she raised us, she took great pride in her family’s active participation in the First Baptist Church of Tulsa, her volunteer work with Civinettes, the Republican Party and later the DAR. She served as Regent of her Florida chapter of the DAR for many years. In recent months, she often spoke of her concern for racial justice and equality and participated in a family race dialog following the death of George Floyd. She never lost her interest in the world around her, conducting lively discussions with her grandson, Reed up to the last days of her life. Her living legacy is the family she leaves behind that is dedicated to giving back to communities from the East Coast to the West Coast, following her example that one should always be doing something to contribute to the betterment of the world around them. Her children continue to be active in their respective faiths: Margaret a Baptist, David a Catholic, and Ann a Baha’i. Her personal life had its fair share of joys and sorrows, but she always took delight and was eternally grateful for her children, grandchildren, and great grandchildren. She is survived by her daughter Margaret Jones of Tulsa, who lovingly attended to her every need in the last few months, her son David, his wife Annie of Tulsa , both of whom also showered her with care in her last months, and David’s children Sutherland, his wife Jackie (Montclair, New Jersey), his daughter Lorin Roberts, husband Matt and children Xana, Poppy and Nico (Seattle, Washington), and his son Reed, his wife Shirin and children Zarrin and Louis (San Francisco, California), Charlotte’s daughter Ann Jones Kazemzadeh, her husband Massoud, their son Roshan, his wife Rebecca and their children Lucia and Milo, and their daughter Amelia and her children Kaz and Kruz, all of Minnesota. It is not possible to do her life justice. She was like a character in a novel, overcoming so many obstacles to achieve a happy ending. Those who knew her will remember her deep faith, her genuine interest in people and her love a beauty. We feel extremely fortunate to have had her for a mother, grandmother, and great grandmother. Early Persian Sufi poets and Jewish folklore regarding King Solomon both tell a story of a phrase that expresses how to deal with the good times and the bad times. It was our mother’s favorite saying, “This too shall pass.” If you would like to make a donation in her name, she suggested the following: First Baptist Church, Tulsa United Negro College Fund