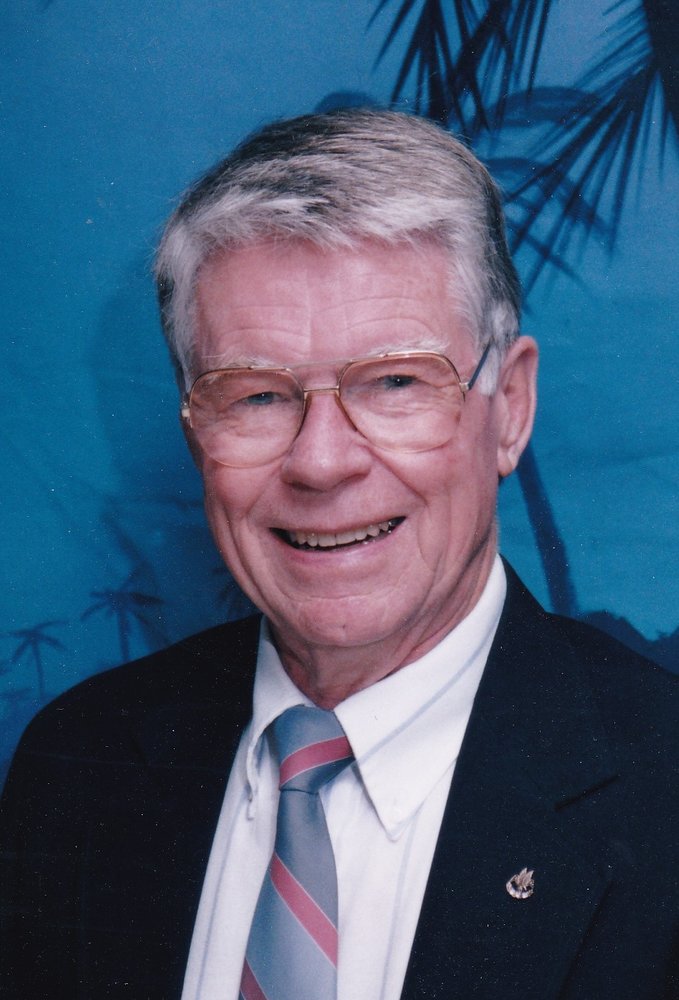 Obituary of Jimmie B Butler

Please share a memory of Jimmie to include in a keepsake book for family and friends.
View Tribute Book
Jimmie B Butler passed from this life and entered into Heaven on Thursday, May 13, 2021 in Tulsa, OK, at the age of 91. He is survived by his wife of 70 years, Shirley (Archer) Butler of the home; sons Steve Butler and wife Geannei of Austin, TX and Roger Butler of Dallas, TX; granddaughter Heather and husband Mike, and 2 great grandchildren, Aubrey and Tyler of Gentry, AR; and brother, Ronnie Butler of Granbury, TX. Jimmie was born on July 25, 1929, to Brack Madison Butler and Meda Alma (Simpson) Butler. He grew up in Skiatook, OK, and was one of four children. Jimmie graduated from Skiatook High School in 1947. In May of 1950, he met the love of his life, fifteen-year-old Shirley Archer, and they were married on February 3, 1951. Shirley remembers wanting to marry Jimmie so no one else would have the chance to snatch him up and her daddy agreed. He loved Jimmie as well and knew he would take great care of his daughter, which he did for over 70 years. Shirley also remembers how impressed Jimmie was that she was such a good horse-rider. Jimmie and Shirley’s legacy is built on their love story and God-centered marriage. Everyone who has known them is inspired by their selfless commitment to one another. Jimmie was drafted into the army in 1951, the same year that he and Shirley were married. He served his country at Ft. Bliss in El Paso, TX, until he was discharged in 1953. The couple then settled in Tulsa where he worked for Douglas Aircraft for 9 years as an electronics mechanic, followed by American Airlines as an electronics/auto-pilot systems mechanic. Jimmie’s employment with American Airlines allowed the family to travel by airplane with ease and they did so often. Jimmie and Shirley took their sons, Steve and Roger, on many trips and adventures. Later in life, their only granddaughter, Heather, got to go on numerous trips with her Granina and Papa as well. The memories made while traveling were incredibly important to Jimmie. He was a go-getter and could walk faster than any man we’d ever seen. It was hard to keep up with him when he was excited and wanting to show or teach you something he knew you’d love. Jimmie and Shirley moved to Oologah in 1968 and were active members of the small community. You could always find them at basketball or football games cheering on the Mustangs, even after their sons had graduated. In April of 1991, a tornado destroyed their home of over 20 years. Even through that trial, you were hard-pressed to find a frown on Jimmie’s face. The couple rebuilt a beautiful home on the same foundation, adding a deck in the back at Shirley’s request. The couple stayed in Oologah until 2015, at which time they moved to Montereau Retirement Community in Tulsa. Jimmie was an avid and excellent water skier and enjoyed snorkeling, scuba diving, and fishing. We have lost count of how many people Jimmie taught to ski but know it was quite a few. In his retirement, he and Shirley loved RVing all over the country and then they discovered cruising. Knowing that Shirley had been wanting to try a cruise, their daughter-in-law, Geannei, bought Jimmie a book about cruises for Christmas, which helped convince him to try it. The couple ended up loving cruise travel and Jimmie lost count of the number of cruises they had taken, but the estimate was 120-150. Jimmie's greatest joy in life was his family. He was the best husband, father, grandfather (Papa), and great-grandfather (Pa). He was our hero. A memorial service to celebrate Jimmie’s life will be held 11:00 A.M. Monday at Ninde Brookside Chapel, Tulsa.
Monday
24
May