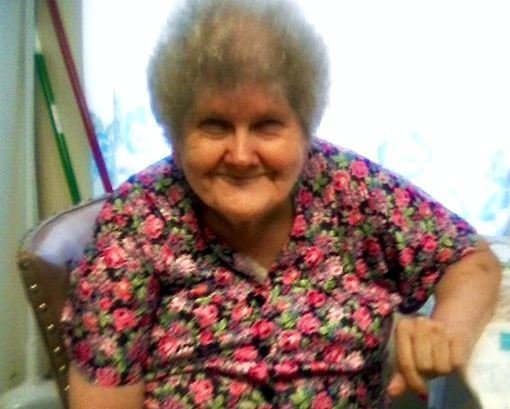 Please share a memory of Barbara to include in a keepsake book for family and friends.
View Tribute Book
Born Barbara Ella Chrismon on April 9, 1941 Barbara was adopted by Charlie Lee & Myrtle Mae (Tibbets) Johnson, on July 27th 1950. She passed from this life on May 17, 2021 at the age of 80. Upon graduating from high school in 1960 Barbara went to work in a canning factory where she learned that was not the kind of work for her. She joined the U.S. Army in 1960 stationed in Fort Lee, Virginia. She met and married Gary L. Deien in Colonial Heights, Virginia on May 5, 1961. They saw 5 children added to their union. Barbara and Gary divorced in 1986 and she remarried Thomas Edgar Anderson on March 11, 2004 in Miami, Oklahoma. Thomas passed away on April 24, 2007. Barbara continued to enjoy her family, faith and the many friendships she curried over her lifetime. Barbara was preceded in death by her adoptive parents and her husband, Thomas Edgar Anderson. She is survived by her daughters and sons-in-law, Christine Turner, Catherine & John Lowery, Angela Watson and Florence & Tom Weathers; her son, Gary Charles Deien; her brother Junior Chrismon; 18 grandchildren; and 43 great grandchildren and 1 great great grandchild. Barbara will lie in state from 10-8 p.m. Thursday, May 20, at the Ninde Brookside Funeral Home with family receiving friends from 5-7 p.m. and her funeral will be held 10:00 a.m. Friday, May 21 in the Ninde Brookside Funeral Home Chapel. She will be privately laid to rest at Indianola Cemetery, Jay, OK. Ninde Brookside, 918-742-5556, www.ninde.com
Print
Thursday
20
May